Reform, Orthodox, Atheist-You Can Be Any Sort Of Jew Except A Democratic Party One 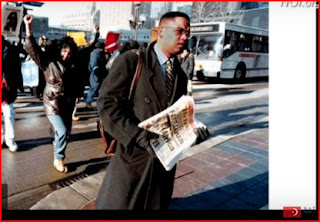 
For a religion with a tiny 6.4 million adherents, or “identifiers”,  just 2.1% of America’s population America’s Jews have managed to split themselves into (at least) ten different groupings or “branches.” Anyone with even a passing understanding of Jewish cultural tradition (or being part of a large Jewish family) and in particular the Yeshiva school system of adversarial argument would be surprised at only ten branches.

And yes, “Jewish Atheist” fits right in with this mishegoss, a quick Google search will turn up “Why I’m a Ranting Atheist…And a Jew” among many similar. This division, down to splinter of splinters in the Marxist strata carries over into politics of course, how could it not? Conservative Jews will be found, especially in the neo-conservative ranks among the Kristol, Frum Brooks contingent, a scattering among the new Trumpian GOP and of course the Socialist rebirth with Senator Sanders.

On the traditional left the Democratic Party saw its huge Jewish adherence during the presidency of Franklin D. Roosevelt. The appeal of reform, government intervention in the economy, opposition to Hitler and a perceived path out of poverty saw 90% of Jewish voters cast their ballots for FDR in 1940 when just a generation previously 45% had supported the Republican Charles Evans Hughes against Woodrow Wilson in 1916.

Since 1952 Jewish support for the GOP has been as high as 36% (Reagan) and as low as 9% (Goldwater whose ancestry was Jewish). In recent elections there has been a decline in Democratic support, from 75% for Obama in 2008 to 68% for Hillary Clinton. Trump received 26% (same as Romney) three points more than McCain.

These voting shifts among 2-4% of the voting population would be of little note, especially with such a concentration in safe Democratic states but in the real world the Jewish voter, or more importantly the opinions and influence of  the Jewish media person is of great significance.
In an analysis of leftist Ezra Klein’s Obama 2008 candidacy support “JournOlist” group, of the 151 members a striking number of well know names are Jews. Dana Milbank advised then candidate Trump; “gai kaken oifen yam” (go defecate in the ocean). Nothing has changed since then among the various high profile Jewish pundits except now the y are joined by Republican “NeverTumpers” like Podhortz, Ben Shapiro etc.

That was until Jews in media, of whatever  tradition or sect and frankly in the Democratic Party, are faced with not just a political question, not just a moral one, but an existential one that strikes at the core of Jewishness in a “it can’t happen here” way. In fact not only can it happen here in America but the enemy is at the gate and Jake Tapper is sounding the alarm feverishly.
Quite simply the Democratic Party has as its Vice-Chair a former member of  the rabidly anti-Semitic Louis Farrakhan’s “Nation of Islam”

Farrakhan has been back in the news with a fiery, anti-Semitic speech on Feb. 25 that included a knock on Ellison for having distanced himself from the group when he ran for Congress. “Let me tell you something, when you want something in this world, the Jew holds the door,” Farrakhan said. During his speech, he displayed a photo of Ellison selling the Nation of Islam newspaper in 1998 Ellison, implied he had had no association with Farrakhan since 2006. His spokesman flatly said he had “no additional involvement.” But new evidence suggests these statements are false.”
Jake Tapper has  issued Tweet after Tweet highlighting this issue, among many are these ;”DC Councilman Trayon White Sr. (D. Ward 8) responded to a brief snowfall by publishing a video in which he espoused the conspiracy theory that Jews control the weather.” And “The Nation of Islam preaches the theology of innate black superiority over whites and the deeply racist anti-Semitic rhetoric of its leaders…”

The Republican’s have, rightly, and in the face of being accused of being anti-black (which the issue is patently not) have raised their concerns. “Members of the Congressional Black Caucus and Women’s March co-President Tamika D. Mallory have come under fire this month for failing to condemn Louis Farrakhan after revelations that they met with or appeared at events with the notorious anti-Semite.

The Republican Jewish Coalition has called on eight black lawmakers to resign over their Farrakhan association. Not all have commented, but those doing so have been careful to denounce anti-Semitism without condemning the Nation of Islam leader himself.”
“One veteran CBC member, Illinois Rep. Danny Davis, praised and defended Farrakhan in a phone interview with The DC. Davis described Farrakhan as “an outstanding human being.”

In the campaign of his life seven term Chicago Democratic Congressman Dan Lipinski won the narrowest of  primary victories against his “progressive” challenger Marie Newman on March 20th by just over 2000 votes.

“A weird feature about this race? Jews keep coming up in a primary in a district comprising parts of Chicago and its suburbs where there are virtually no Jews.Still, the primary is another indication that when the Democratic left and the Democratic establishment do battle, Israel inevitably comes up.
So why does the Jewish issue keep coming up?

Lipinski’s opponent,  marketing executive and political neophyte Marie Newman, is seen as the more progressive candidate. She is pro-choice, a champion of lesbian, gay and transgender rights, and a supporter of universal health care.More recently, Arab-American voters in the district have asserted themselves. Newman wooed them in a web ad that initially ran 3 minutes, 25 seconds.
Much of the ad refers to past controversies including efforts to block the establishment of a mosque in the district and includes footage of Arab-American shops and businesses.

The campaign has excised eight seconds from the ad, including a segment calling out Lipinski for supporting a law that would criminalize some kinds of support for the movement to boycott Israel. Also altered: A supporter says of Newman: “She doesn’t pander to special interest groups, like AIPAC.” The last two words are cut from the version currently online.That led Bob Asher, a former president of the American Israel Public Affairs Committee, to blast out a fundraising email for Lipinski urging the maximum $2,700 donation.”

Surely this must go beyond a tocsin to the breaking point for anyone of Jewish descent. It is one thing for a Democratic Party caucus to make a stand of non-condemnation but quite another for the leadership of the party to accept Ellison and his equivocal past, and a caucus adamant in their non-condemnation.

With the Democratic Party and the media, if the GOP had caucus members who met with and refused to condemn the Klu Klux Klan and it’s Deputy Chair was a former KKK activist whose background is still in question, one cannot imagine the headlines and endless media coverage. The hypocrisy is rank.

For Jews to vote for and remain in a party that stands aloof from the sort of language that was used in 1930’s Germany is a terrible head in the sand position. To allow anti-Trump vehemence to cloud their judgement of the verdict of history is the sorrow and the pity writ large once again.
In the campaign of his life seven term Chicago Democratic Congressman Dan Lipinski won the narrowest of  primary victories against his “progressive” challenger Marie Newman on March 20th by just over 2000 votes.