Ted Cruz And Florida;The Difference Between Winning And Losing The Presidency In 2016?

In an interview with Dan Balz at Washington Post  Mitt Romney reflected on his campaign loss in 2012:

“We believed that some of the polls that showed me not winning were just simply wrong, because they showed there was going to be more turnout from African American voters, for instance, than had existed in 2008. We said no way, absolutely no way. That can’t be, because this was the first time an African American president had run. Two thousand eight — that had to be the high point. . . . We saw independent voters in Ohio breaking for me by double digits. And as a number said, you can’t lose Ohio if you win independent voters. You’re winning Republicans solidly, you’re winning independents, and enthusiasm is overwhelmingly on your side. . . . So those things said, okay, we have a real good chance of winning.

Romney's review seems to ascribe his loss to Ohio, and to the Obama turnout machine. However, if he had won Ohio it would have had no bearing on the final Electoral College result without his also having won Florida. It is impossible for the GOP to win in the Electoral College without winning Florida, but they can win without winning Ohio, (see map#1 below-the House would choose the president with this result) and they can lose even when they win Ohio, as per Nixon in 1960.

The "turnout" excuse fails given the increase in his vote, and the decrease in Obama's in Florida. What lost him Florida was a percentage of Cuban American voters switching from Republican to Democrat. Whether this was because of a "permanent move to the Democrats" or some Cubans dislike for Romney is not known-but move they did.

In 2008 the numbers (without the percentage of the voters being
supplied) were respectively 96% Blacks  57% Hispanics and 52% Independents.

Thus Obama lost 1% of Black voters and 2% of Independents, yet still won despite Romney's significant (for Florida) increase over McCain's totals. Without knowing if there was any increase or decrease over the 2008 percentage of the three groups proportion of total voters, it would appear that President Obama held on to win because of, as Wikipedia described it, "the 3% increase in Cuban voters choosing the Democrat...which marks a permanent move away from the GOP."

It would seem that President Obama's decrease in Black and Independent support was balanced by just enough of an increase in Cuban American support to hold on to win by the smallest of margins.

I found the decrease in Florida Blacks support surprising given commentators ascribing President Obama winning in Ohio to the increase in the number of Blacks voting for him (to the Romney team's surprise too) which overcame a huge swing to Romney by Independents.

Looking head with the benefit of this analysis, it would seem a challenge for the 2106 Democrat to gather 95%+ of the Black vote without Obama running. If that were the case, and the GOP ran a ticket which included any of Bush/Rubio/Cruz, then Cuban trust of Bush and perhaps pride in respect
of the latter two might not only stem the supposed swing to the Dem's by Cuban Americans, but significantly reverse it.

The problem with having Rubio on the ticket, is that any gains in Florida from Cuban American support might well be more than negated by conservatives rejecting the ticket because of his views on immigration-his support is currently plummeting amongst Republicans because of it. Even a relatively small number of such voters staying at home might mean the loss of the state given how close it might be.

And even if Florida was won with Rubio on the ticket there might be an even larger number of stay at homes in e.g. Ohio Iowa/Colorado/Virginia where the Cuban effect would be negligible. Even with a win in Florida, the GOP has to run the board and win N.Carolina/Virginia/Ohio and one from Iowa/Colorado/Nevada (see map #2) to keep the result from a possibly Democrat controlled House, and can't afford to lose any of the base because of Rubio.

I have argued that the best ticket for the GOP in 2016 is any combination of Bush and Palin, Bush and Cruz if Palin doesn't run and, most especially, Palin and Cruz. If Hillary does run, a ticket with a women (there like Palin because of experience and ability) and an Hispanic with an appeal to Hispanics, especially Cuban Americans and conservatives, is the best-and in fact only choice. The base will not come out, yet again, for another in the line of Dole/McCain/Romney

If a genuinely conservative team runs the base will come out, and perhaps also and most importantly, so to the missing millions of Perot-ite White voters who didn't vote for Romney, plus the Hispanics who might vote for Cruz. This coalition can provide the only slightly needed increase in votes in the swing states for victory.

In the end it all comes down to Florida as the key to the door. The right team can carry the state, the wrong team will lose it and the election and, perhaps for conservatives, their cherished vision for America forever. Everything rides on getting it right and Cruz is a vital component of the right strategy.

"Obama won the state and its 29 electoral votes on Election Day by a margin of 0.88%, down from the 2.82% margin in 2008. Florida was the closest race in the country at the presidential level. Throughout the night, Obama and Romney exchanged the lead, but the networks avoided calling the state for Obama until November 10 because long lines in the larger urban areas of the state meant that the vote count was delayed.
According to exit polling, Obama won 95% of the African-American vote (13% of voters), 60% of Latino voters (up 3 points from 2008 and 17% of all voters), and 50% among Independents (who accounted for 33% of all voters). Mitt Romney won white voters by 24 percent. In addition, both Democratic and Republican strategists agreed that the President’s ground game and early voting leads played a huge role in such a tight race. Despite laws that curbed early voting, more than 4 million Floridians cast a ballot before Election Day (almost 50% of all voters), and reports showed that Obama was leading by about 104,000 among those voters.

Mirroring the results of the 2008 presidential election in Florida, Obama dominated South Florida, winning Miami-Dade, Broward, andPalm Beach counties by comfortable margins, and actually increased his vote share in Miami-Dade and Broward counties from 2008. Obama’s gains in South Florida have been attributed to increasing his vote share among Cuban Americans, a large demographic in and around Miami who have reliably voted Republican, from 35% in 2008 to 48% in 2012. Combined with his large margins of victory among non-Cuban Hispanics in the state, Arian Campo-Flores at the Wall Street Journal noted that, “Together, both trends are accelerating a realignment of the state's Latino vote, from once solidly Republican to now reliably Democratic.”[ 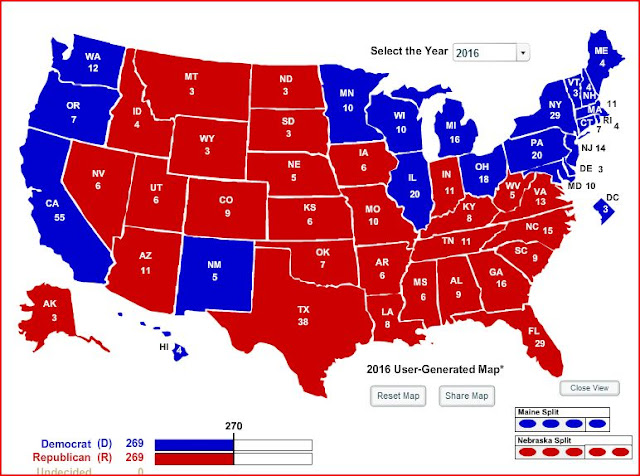 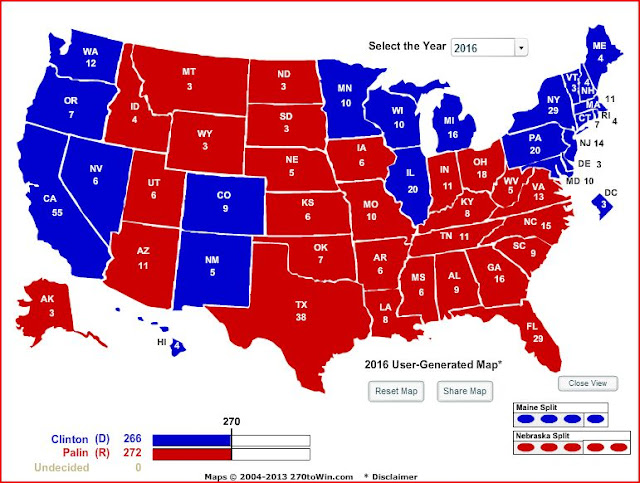 FAIR USE NOTICE:
This site contains copyrighted material the use of which has not always been specifically authorized by the copyright owner. We are making such material available in an effort to advance understanding of environmental, political, human rights, economic, democracy, scientific, and social justice issues, etc.
We believe this constitutes a ‘fair use’ of any such copyrighted material as provided for in section 107 of the US Copyright Law. In accordance with Title 17 U.S.C. Section 107, the material on this site is distributed without profit to those who have expressed a prior interest in receiving the included information for research and educational purposes.
For more information go to: http://www.law.cornell.edu/uscode/17/107.shtml
TITLE 17 > CHAPTER 1 > § 107

§ 107. LIMITATIONS ON EXCLUSIVE RIGHTS: FAIR USE
Notwithstanding the provisions of sections 106 and 106A, the fair use of a copyrighted work, including such use by reproduction in copies or phonorecords or by any other means specified by that section, for purposes such as criticism, comment, news reporting, teaching (including multiple copies for classroom use), scholarship, or research, is not an infringement of copyright.
In determining whether the use made of a work in any particular case is a fair use the factors to be considered shall include—
(1) the purpose and character of the use, including whether such use is of a commercial nature or is for nonprofit educational purposes;
(2) the nature of the copyrighted work;
(3) the amount and substantiality of the portion used in relation to the copyrighted work as a whole; and
(4) the effect of the use upon the potential market for or value of the copyrighted work.
The fact that a work is unpublished shall not itself bar a finding of fair use if such finding is made upon consideration of all the above factors.
Copyright issues e-mail to:
holprof57@yahoo.com