To confirm;My analysis of 6 tracking polls;

HILLARY CLINTON TO WIN THE POPULAR VOTE BY 0.4%

DONALD TRUMP TO WIN THE ELECTORAL COLLEGE AND THE PRESIDENCY; (LINK)

In the most accurate polls from 2012 and the only ones of all final polls to predict a Trump win either they are right or the MSM polls are if it is these two there will be a revolution in polling; 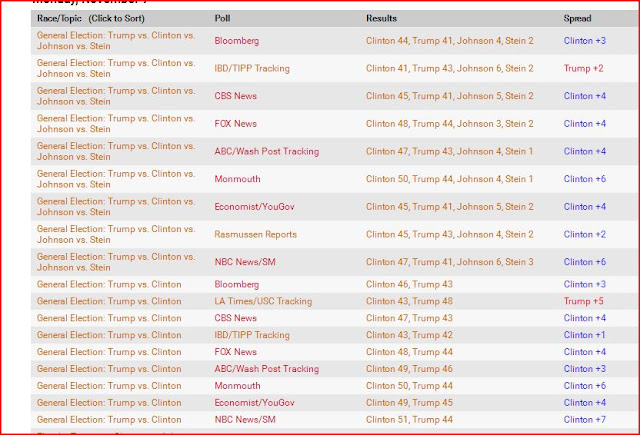 As detailed below Trump's rise with Hispanics, in the USC pool at least is remarkable and is actually growing.
He is now only 3.1 points behind Clinton at Clinton 46.7 Trump 43.6-his highest ever in this poll. 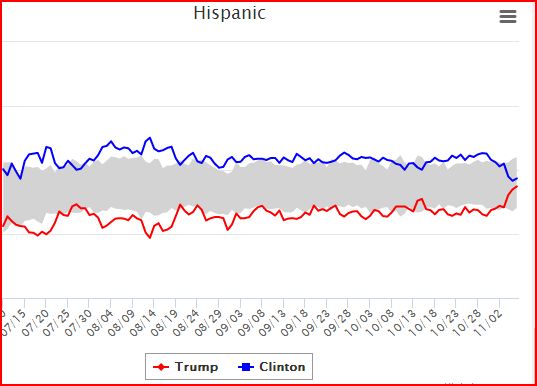 The other surprising result has been the steady rise in support from the college educated which was supposed to be Trump's major weakness yet the graph tells a different story;

Trump's 39.6 support from this group is also his highest since the poll began; 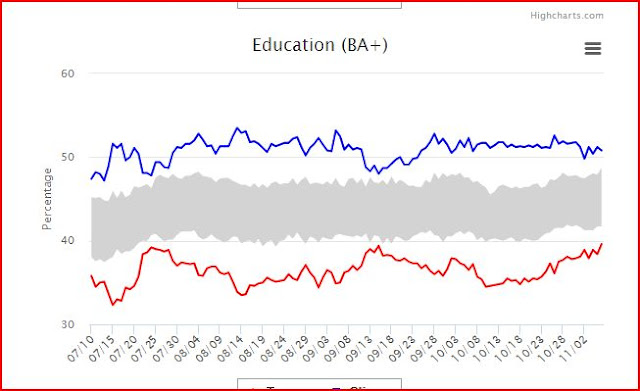 As detailed below yesterday saw the third consecutive day of a drift to Clinton across the six tracking polls. I speculated that this might actually represent a return to the levels seen prior to the Comey shock as it marked a full week after and all the trackers had worked their way through the voters reactions.

The question was; where to from there? A continued move to Clinton, a tie right through to the election or would it break to Trump like the state polls have been doing.

If the new USC poll is an indication, which we may or may not see in the rest of the trackers, may be the final "Reagan 1980" tipping point.

Trump was only +1.5 in USC yesterday he is now +5.4. What drove this rise in particular was his continuing strength with women which must be a shock to the Clinton campaign. Trump is now at his highest with females since the poll began. He has closed the gap to only 7 points Clinton 46.9 to Trump 42.9 at one point he was 13 points in arrears. 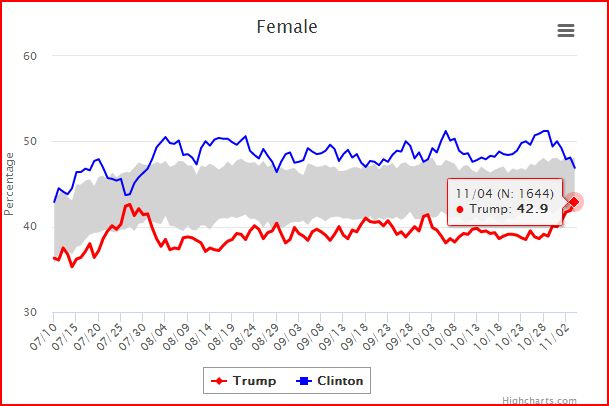 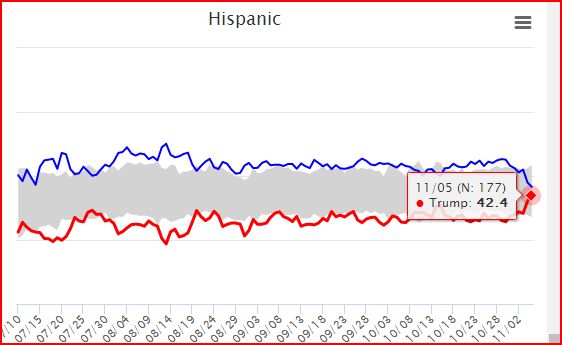 IN USC's Hispanic polling Trump has almost completely closed the gap with Clinton Clinton 45.8 Trump 42.4 only 3.4 points separate them. Whether this accurately reflects the total Hispanic voting population would be surprising but the trend-lines mean something clearly population. 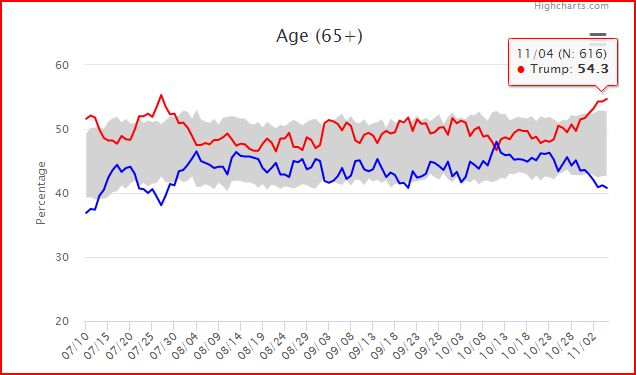 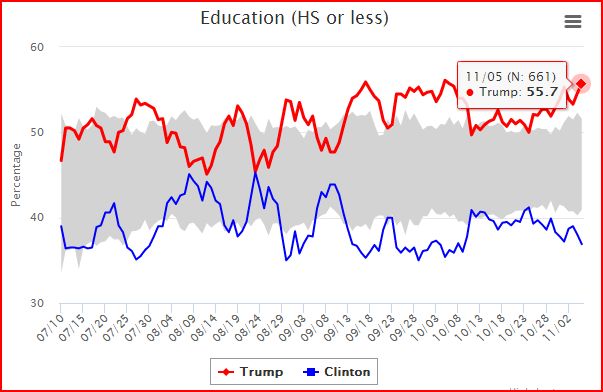