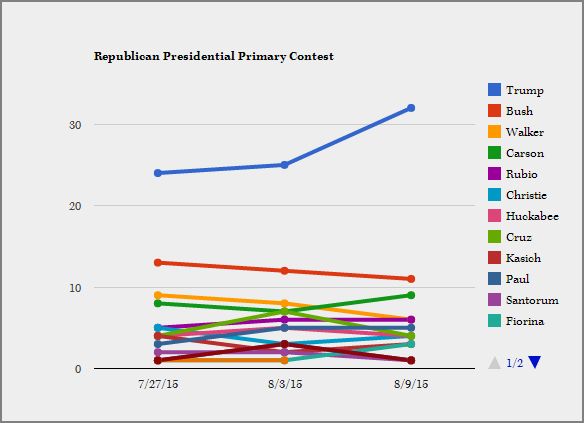 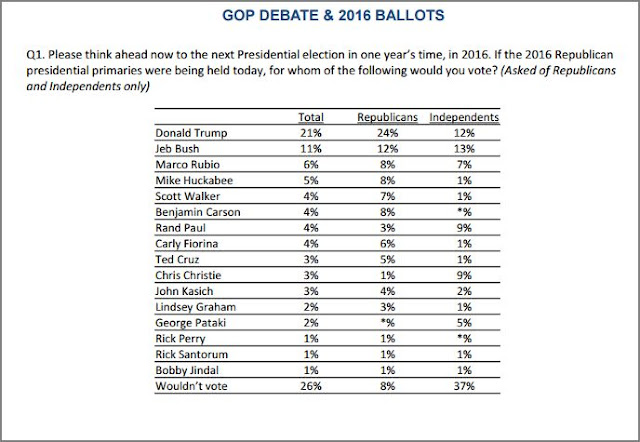 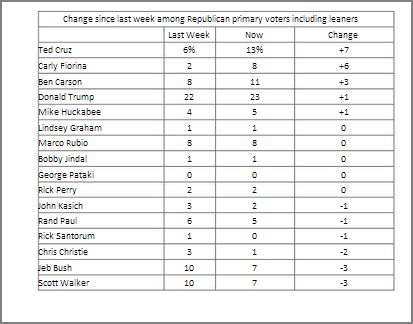 Basically Fiorina has taken 6 points from Jeb/Christie/Kasich! so despite all the media's blatherings the base, has grown in power.