Campaign Imagery Of Alton B. Parker Art Nouveau At It's Height.Worst Candidate Had Best Imagery

Alton B Parker is perhaps the most obscure of the 20th century candidates. To be fair to him he ran in a hopeless campaign, gaining only 37.6% of the  vote, against the wildly popular Republican candidate Teddy Roosevelt, whom nobody could have beaten given the tenor of the times.
Also, to be fair he did better than such luminaries as George McGovern and Walter Mondale in the Electoral College, but still his result was pretty poor as the electoral vote map shows;

There is one saving grace for Judge Parker in that his campaign produced, I believe, some of the most attractive campaign buttons of all time. That was quite an achievement as they only seem to have used the one photograph of the candidate and his elderly VP running mate. nevertheless the background images are excellent examples of early art nouveau and early Edwardian styling. 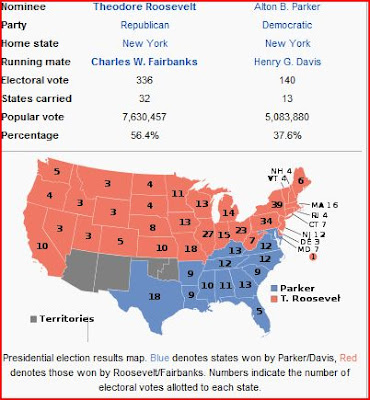 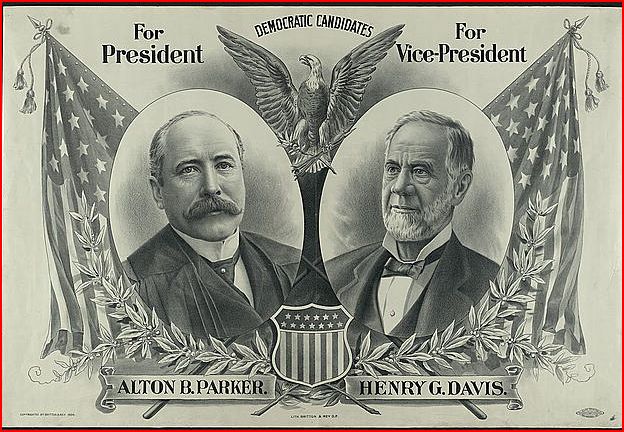 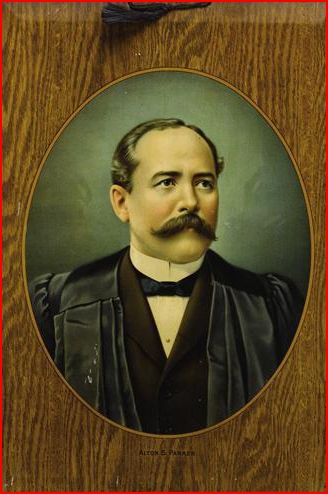 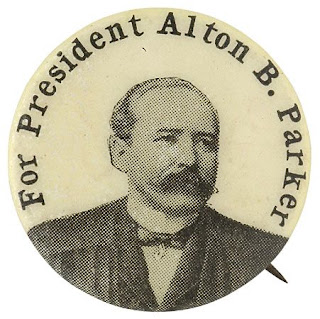 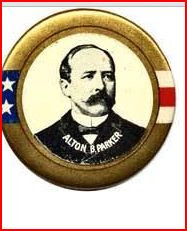 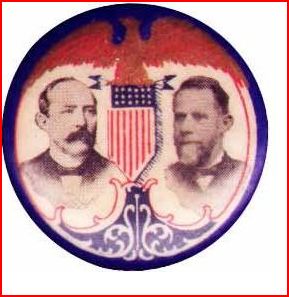 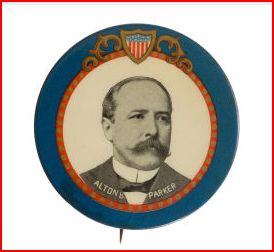 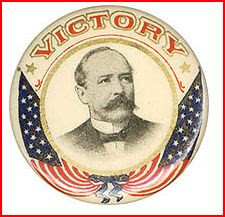 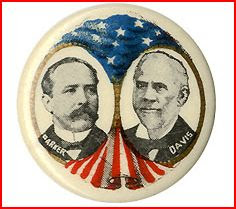 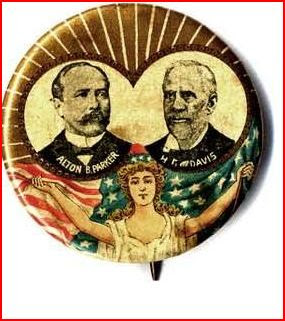 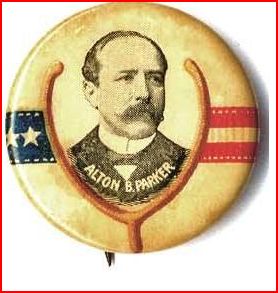 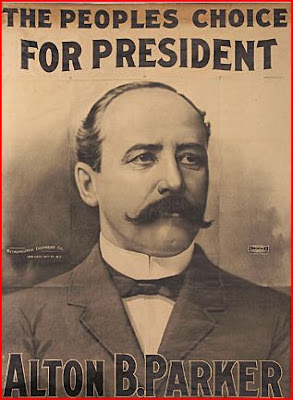 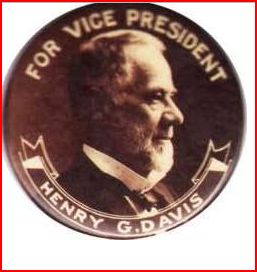 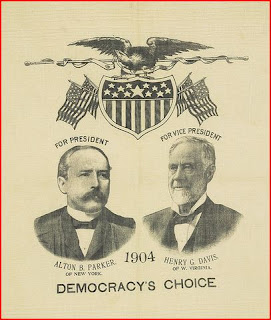 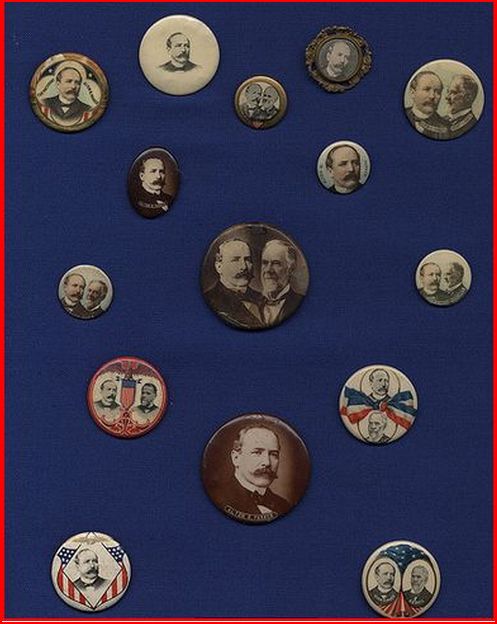 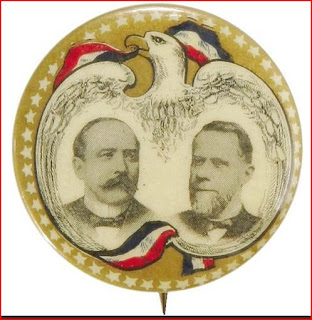 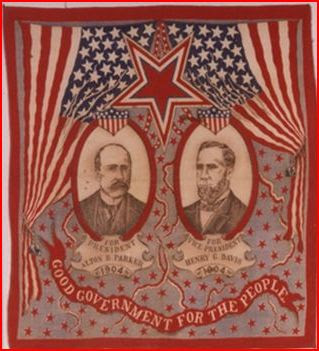 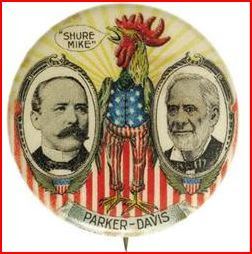 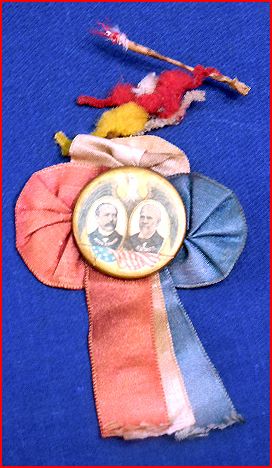 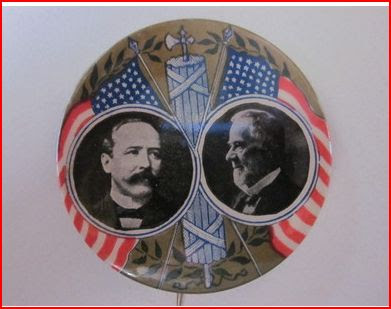 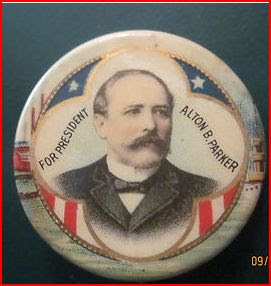 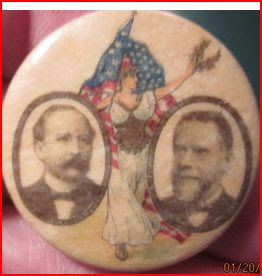 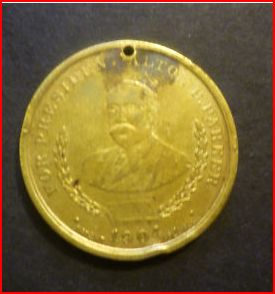 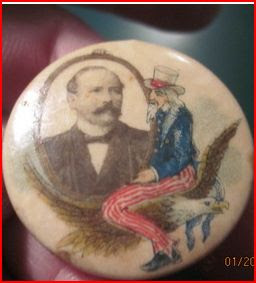 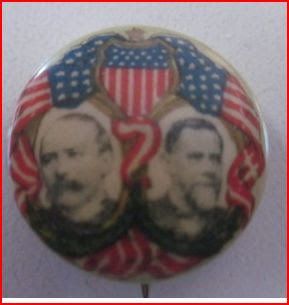 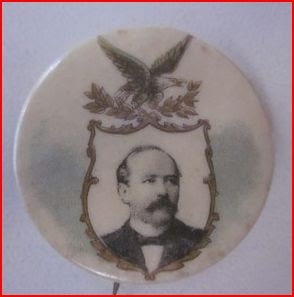