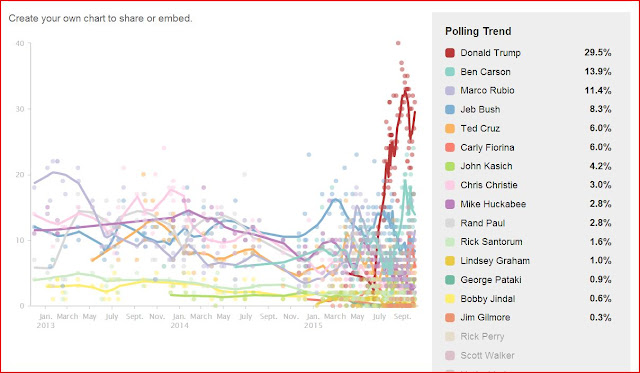 After the ludicrous IBD poll which had Trump in second to Carson at only 17% and of course the NBC poll so beloved of Fox news etc sanity has reasserted itself.

Despite the media's best/worst efforts to pump up Fiorina she is in a strong trend decline and Carson has, at least leveled out. Next up for a clearly desperate Jeb GOP Establishment and MSM is Marco Rubio who will get a polling bump.When he's done Kasich  and even Christie will step into the GOPe batters circle.

In the meantime Trump has more poll support in the RCP averages than Bush/Rubio/Christie COMBINED. You can see the Trump trend line starting to tick up slightly which would be more marked of course if the ludicrous IBD poll was taken out 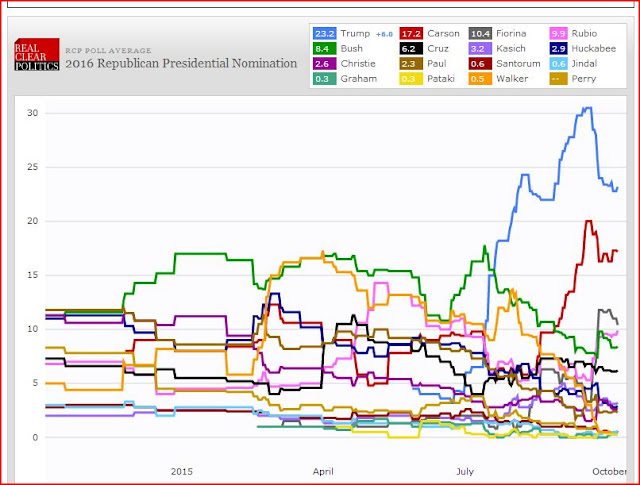 Here are the latest polls

Iowa Trump Vs Clinton:Leads by 7 points, a ten point turn around 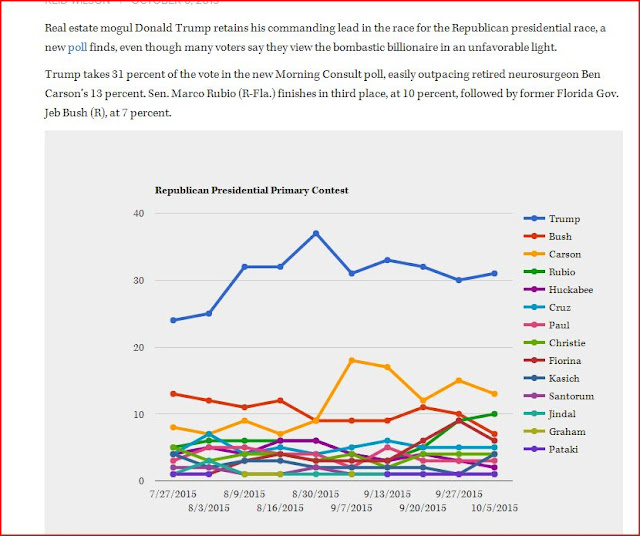 PPP's newest national Republican poll actually finds the top of the field in a pretty similar place to where it was in late August. Donald Trump leads the field with 27%, similar to the 29% he had on our last survey. Ben Carson is in second place with 17%, also similar to the 15% he had last time around. Marco Rubio at 13%, Jeb Bush at 10%, Ted Cruz at 7%, Carly Fiorina at 6%, and Mike Huckabee and John Kasich each at 4% round out the list of candidates with decent levels of support. Chris Christie, Rand Paul, and Rick Santorum are all at 2%, Lindsey Graham, Bobby Jindal, and George Pataki each get 1%, and in last place with less than 1% is Jim Gilmore.