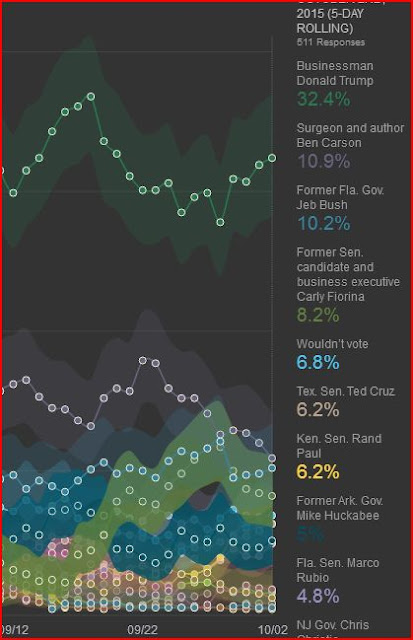 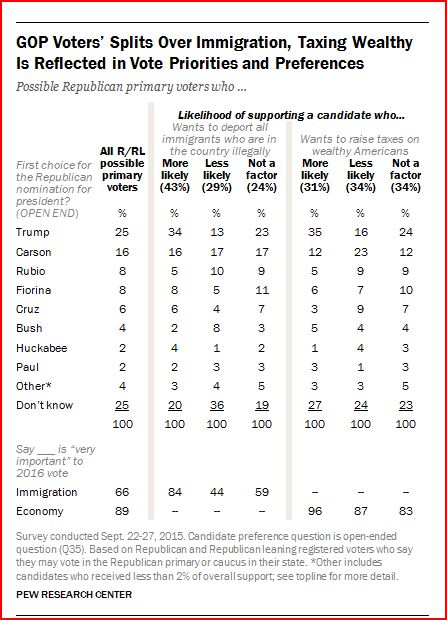 After a striking lift in various national and state polls after a leveling off just after the 2nd debate Donald trump has had an amazing three days of positive polling.

This seems to be a regular occurrence which goes.
1.High poll leads
2.Debate which all the immediate polls shows he won
3.Media attack Trump's performance and predict he is doomed
4.Media puffs up one of the other candidates (usually Fiorina and Rubio, they've given up on Bush)
5. Trump starts to ascend in the polls again.

And in South Carolina, Texas and Florida Trump leads comfortably. He is just 2 points behind Bush and Rubio COMBINED in their own state. In the last three days Trumps polls show him winning Wisconsin/North Carolina/Florida/Georgia/South Carolina/Texas


And in a possibly  important aspect in relation to the Electoral College Trump's assertion that he could win "rust belt states" like Michigan and Ohio see this development;


Reagan Dems and Independents are immensely important, and Hoekstra says it would be a benefit to a Republican candidate if the Teamsters were to endorse.
“Unions endorsed Ronald Reagan,” Hoekstra said. “It really helps to have a broad cross-section of voters as part of your coalition, and that includes the Teamsters and other unions. They are full of Independents and Reagan Democrats that we can’t write off if we want to win.”
Macomb County, Michigan, has a population of approx. 850,000 people and is a prominent swing region. Macomb is known for a strong independent streak and is the home of many Reagan Dems.
According to pollster Steve Mitchell, all the GOP candidates being polled against Hillary in that critical Macomb region are beating her soundly.
“In Macomb, all three GOP candidates lead by a good margins;
Trump by 27%, Mitchell said in a press release.