UPDATED;18 Current TV Programs About Alaska;All Because of Governor Palin

Original post had 15 there's now three more! Gov. Palin must have brought in untold millions of dollars in tourism and production (and of course all the money Dem operatives/lawyers spent looking for the fools gold)

#17"James and Martin visit remote Juneau, Alaska, and then travel deeper
into the wilderness to brew the ultimate Alaskan survival beer. Using spare parts from a pontoon plane as a makeshift.....
http://www.imdb.com/title/t...

"Five million viewers tuned in for the premiere episode, a record for TLC" 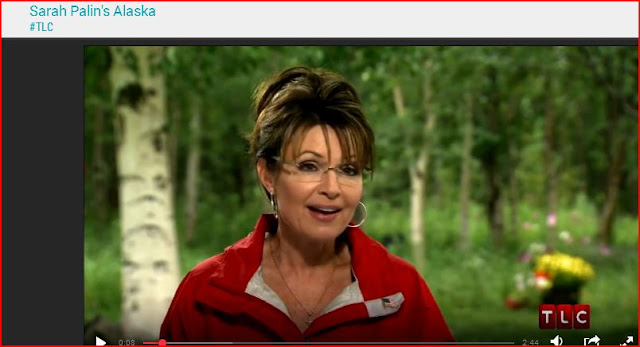 I don't doubt for a second that hardly any of the above would be world-wide if it had not been for Sarah Palin who brought Alaska massive publicity with her 2008 VP run and of course most especially her 'for the ages" convention speech.

The multi-millions of dollars pumped into the Alaskan economy via the employment created from these television shows and ensuing tourism is incalculable.

Here's further information on Alaska on TV from a local
"Ma. G"


"And that's just the Discovery Channel!
I am presently tuned in to Alaska: the Last Frontier, featuring the ever resourceful and independent Kilcher Family.
On Nat Geo and other channels are also;

Life Below Zero,
Railroad Alaska,
Buying Alaska,
Living Alaska,
Alaska State Troopers,
Edge of Alaska,
one about Marty Rainy and his kids helping Alaska homesteaders,
and one about the mega machines that keep Alaska going.

And these are just the ones I can think of off the top of my head. There are at least three more shows the titles of which I can't recall at the moment.
America has discovered Alaska. : )
I completely agree the credit goes entirely to Sally Heath's sweet baby girl, Governor Sarah Louise."
Posted by M. Joseph Sheppard at 10:22:00 AM