After the much ballyhooed Reuters Poll of April 6th where Cruz was shown as one point behind Donald Trump Cruz has slumped disastrously just a week later.

After Cruz's Wisconsin result it appears the "vote stealing" in Colorado has been a train wreck for him. 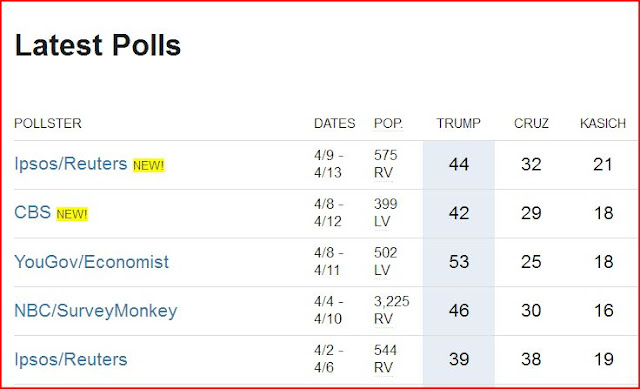 The trend line is obvious; 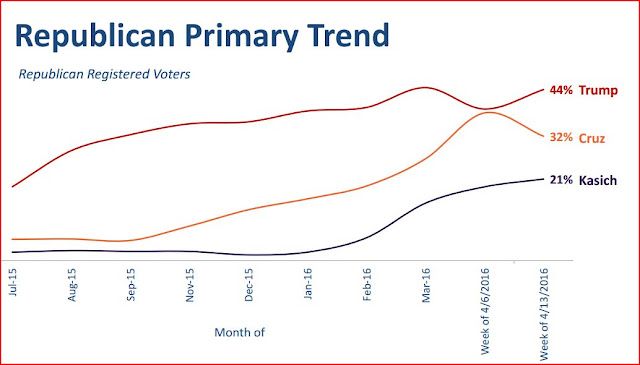 As is the most recent nationwide aggregate poll of all polls 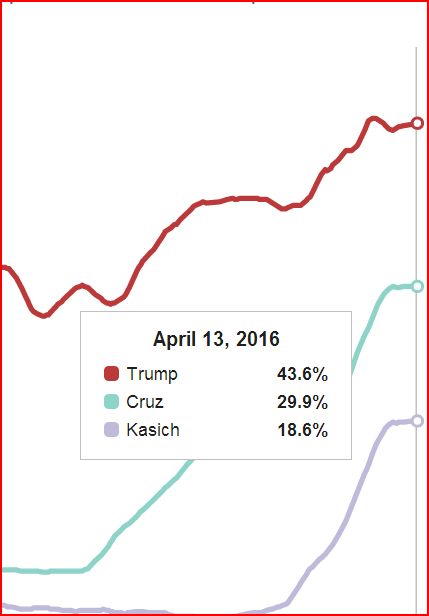 In the new Fox poll more disaster for Cruz 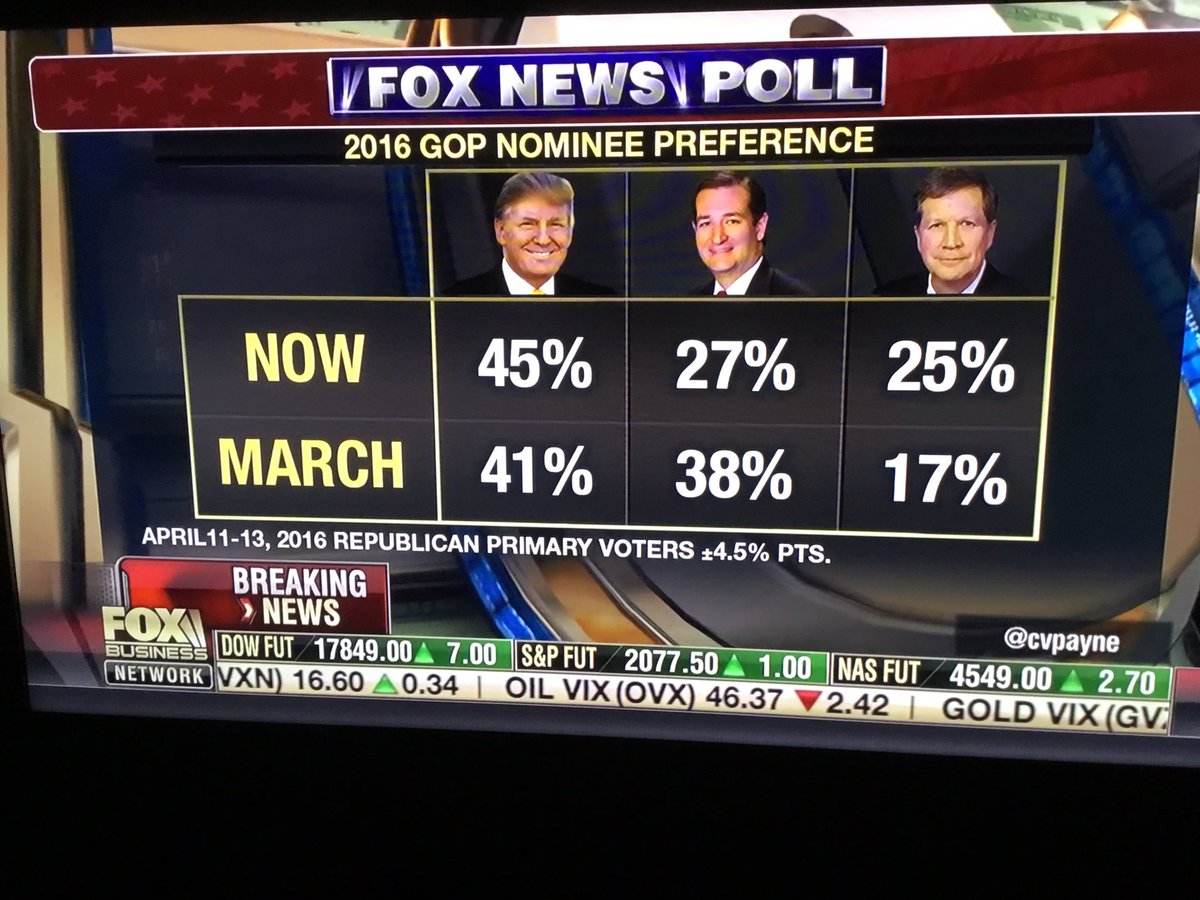 Donald Trump jumps to an 18-point lead over Ted Cruz this week with record high support for the Republican nomination.
Trump tops Cruz by 45-27 percent among GOP primary voters in a new Fox News national poll on the 2016 election.  John Kasich comes in third with 25 percent.
Three weeks ago, the mogul was up by three over Cruz:  41-38 percent, with Kasich at 17 percent (March 20-22, 2016).
Forty-five percent is a new high for Trump.  The previous high was last month’s 41 percent.

And huge lead in Pennsylvania