To ensure a wide coverage as is possible I am adding my two cents to the astonishing reporting by Robert Stacy McCain at The Other McCain about President Obama's enabler David Axelrod's family "deep ties to the American Communist Party."


Then the new Breitbart Big Government site has an astonishing expose on the direct connection between President Obama and the Saul Alinsky radical leftist connection.


I reproduce part of each below to give an idea of the direction both articles take but please go to the links and read them fully. Two things stand out starkly. Firstly the astonishing extent to which the leftist media kept all this under wraps in 2008 whilst vilifying the utter patriot Palin. Secondly whilst I thought Hannity was nit picking to constantly go on  about the Obama Alinsky and other radicals connection in retrospect he was absolutely correct and a voice in the wilderness. I owe him an apology, as Breitbart's column shows he was right and I was wrong.
******************************************************

Prior to his passing, Andrew Breitbart said that the mission of the Breitbart empire was to exemplify the free and fearless press that our Constitution protects--but which, increasingly, the mainstream media denies us.

“Quis custodiet ipsos custodes?” – “Who guards the guardians?” Andrew saw himself in that role—as a guardian protecting Americans from the left’s “objective” loyal scribes.
Andrew wanted to do what the mainstream media would not. First and foremost: Andrew pledged to vet President Barack H. Obama.

Andrew did not want to re-litigate the 2008 election. Nor did he want to let Republicans off the hook. Instead, he wanted to show that the media had failed in its most basic duty: to uncover the truth, and hold those in power accountable, regardless of party.

From today through Election Day, November 6, 2012, we will vet this president--and his rivals.

We begin with a column Andrew wrote last week in preparation for today’s Big relaunch--a story that should swing the first hammer against the glass wall the mainstream media has built around Barack Obama.
***
In The Audacity of Hope, Barack Obama claims that he worried after 9/11 that his name, so similar to that of Osama bin Laden, might harm his political career.But Obama was not always so worried about misspellings and radical resemblances. He may even have cultivated them as he cast himself as Chicago’s radical champion.In 1998, a small Chicago theater company staged a play titled The Love Song of Saul Alinsky, dedicated to the life and politics of the radical community organizer whose methods Obama had practiced and taught on Chicago’s South Side.Obama was not only in the audience, but also took the stage after one performance, participating in a panel discussion that was advertised in the poster for the play.
***********************************************************************

The cover story of the March print edition of The American Spectator is not yet online and, if you are not yet a subscriber to the magazine, I urge you to rush out to the nearest Barnes & Noble or wherever else you can buy a copy, because it’s definitely worth the $5.95 newstand price. 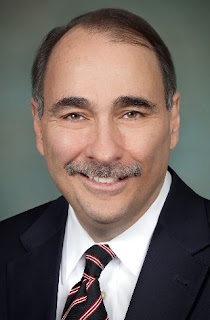 Presidential historian Paul Kengor has dug up some fascinating facts about the background of David Axelrod, showing President Obama’s top political strategist to have deep ties to the American Communist Party (CPUSA) and other leftist individuals and organizations.
For example, Axelrod’s mother, Myril Bennett Axelrod, worked for the left-wing New York newspaper,PM. Although it lasted less than a decade (1940-48), PM became notorious because of its penetration by Stalinists and others who promoted the Communist Party line on issues both foreign and domestic. Kengor points out that PM‘s famed Washington correspondent, I.F. Stone, was subsequently identified as a Soviet agent both in the so-called “Venona” documents and also by a former top KGB official, Oleg Kalugin.