A Visit To The Leprosy Villages In Southern China-A Life Changing,Faith Enhancing Experience

As Ethnic Communities Ambassador for The Leprosy Mission I was a Guest (with a few days in Bangkok where the leprosy associations were having a conference) of HANDA the Chinese Rehabilitation Organization for the leprosy affected. The dedication of this charity organization's team, the faith enhancing work and the free giving from sometimes unexpected sources is uplifting and inspirational. If you are moved to add your support please indicate it when using the donation LINK of this blog. 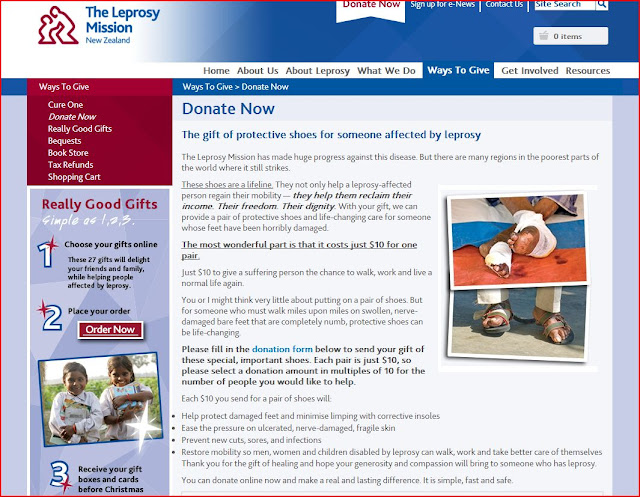 A HANDA invention. Specially designed Velcro fastened shoes-over 30,000 were distributed to the 29 villages HANDA works in Guandong and Yunan provinces. So open to damage are the nerve deadened feet that the HANDA technicians had to make special insoles for this gentleman so the ulcers could heal untouched by the shoe.

A new prosthesis being fitted. The HANDA technician (kneeling) himself suffered from leprosy when 6. He became a HANDA Volunteer and, recognizing his talent, he was sent for prosthesis training. he is highly skilled and one of only 506 certified prosthesis makers in all of China. A wonderful human being.

Edward making measurements. He created a new leg from scratch in 4 hours, using the HANDA mobile laboratory. The finished item was of the highest standard and would have cost about $500. From a company it would have cost thousands of dollars. The American Consul in Goungzhou donated the special car to HANDA-an unsung hero, a Christian lady with a Christian heart.

I'm at the second leprosy village in the highlands. As can be seen this is deep in the countryside. When these villages were set up in the 1950's leprosy was basically incurable and contagious. Now the cure is simple but those with nerve damage will never be returned to normal use of whatever limbs they may have left.

This lady has lived in this village for 50 years and is being fitted for a new leg prosthesis by the HANDA team. HANDA is a private charity which is funded from overseas mostly and some local input. It is desperately short of funds and all help is appreciated and goes to those in great need

Some of the HANDA team. They slept in sleeping bags in the cold village to ensure they were there long enough to assist all who needed help. The food in rural china was fantastic.

HANDA's mobile workshop, the Mobile Prosthesis Workshop is donated by SMHF from Japan A lady from the US consulate donated half of the cost of the  van

The operating theater inside the van. Local eye surgeons give their time and expertise gratis and did over 1,200 eye procedures last year. It was decided that the villages could not provide a sterile atmosphere so the van concept was developed.

Some of the inhabitants of the first village we went to-about three hours out of Guangzhou.About a third have a permanent disability as per these amputees and 56% of all in the 29 villages have some degree of disability.

In the plaster room

One of Edward's masterpieces

Contrast that with this pre-HANDA house of horrors metal contraption-it weighed an enormous amount.

HANDA's offices-as can be seen little money is spent on fancy head office fit outs-the money goes where it is needed most.

One of the main purposes of our visit. This plot, which was cleared with the help of students from the local university, will be trial planted in organic vegetables-the plan is to develop a sustainable income source whilst overcoming stigma. Funding from overseas is sought for this project-there is substantial land to develop this further.

This lady-also a 50 year dweller tries to make her little room feminine. She was in good spirits as were all the inhabitants. Life in this sparsely furnished room in the dead of winter would not be optimal but at least they have each other and the HANDA team support. HANDA's psychological support is an important aspect of their work

Edward at stage two of his creation-note the shrink-wrap coating which goes under the plaster cast impression.

Arriving at the village.Dr. Michael Chen, our host, is the man in the center and the administrator of HANDA. A dermatologist he is a tireless worker for the disabled and an impressive man of great depth and human kindness.

Breakfast at a village restaurant.

A three hour trip top the village became a seven hour return as we crawled along though an endless cavalcade of massively loaded trucks. Passing breakdown after breakdown, a truck with the entire front caved in and, incredibly a metal container completely melted on one side with a grader shoveling off the ashes of what was inside. Apparently a chemical which bursts into flame when in contact with water!

Speaks for itself. However, for all the near scrapes in Guangzhou traffic (best looked at through fingers over ones eyes) I never saw one crash. It appears the rail system can't cope and there is only one major highway between Guandong and Beijing-China is trying to slow its economy but it seems still to be a a logjam already from time to time.

Buddhism is still strong-here worshipers burn incense at a major temple complex. I was struck by the similarity between active Buddhism and Roman Catholicism in their imagery-portraits of saints lives, epics from scripture etc.

We came across this effort  by the local people which celebrates a particular aspect of Buddhism. The photo's do it little justice-a massive complex and stunningly beautiful

Inside one of the building. This celebration of Buddhist saints covers the whole room-a spectacular sight.

A local market in rural China.The tanks hold large fish which are selected, killed and filleted whilst you wait.

The European influence abounds. Strangely, to me, I saw only one European during the week-although I as advised there were many in the business district. the locals were impeccably polite and one felt totally secure. There were a lot of Africans (many students) and apparently an over-stayer problem.

Guangzhou's tower is truly impressive-it is lit up at night and dominates the city. A tourist cruise down the Pearl River is magic at night as the city  is lit in a farrago of color

Old apartments being demolished front new ones recently built. Local say a lot stay empty as the rural influx finds folk who can't afford the rising prices (which the government is trying to deal with).Many apartments on all floors had heavily barred windows-some on the inside and out.

An interesting combo-foot massage and bar.

Our hotel was of a a very high standard. It is owned by the army! An interesting way to lower the tax burden on the public by letting the armed forces run profit making enterprises.

Of course a European trying to have signs in Chinese would run into "lost in translation" problems too no doubt.

Behind the hotel are the owners-the Ministry of Defense building-part of a massive complex. The only problem with the hotel was the troops noisily doing exercises around 6 a.m. The television runs a number of military focused drama's and the populace seems very proud of their armed forces.
Posted by M. Joseph Sheppard at 11:41:00 AM