If Obama's Virginia Poll lead Holds The Election Is Over Before It Starts.

According to the respected Quinnipiac opinion poll
(AT THIS LINK) of how President Obama would fare in Virginia against all the current GOP candidates the president would win the state easily. President Obama led Romney   by 50-42 and Santorum by 49-40 with Gingrich and Paul having impossible odds against them.


Strikingly, even with Virginia governor Bob McDonnell on a Romney ticket as VP, which as advised earlier would be the GOP's best chance of winning the election given Virginia's key place in the electoral college calculations, the Romney/McDonnell ticket would still lose handily 50-43.


In the earlier analysis below, constructed before the Virginia poll result, I set out how difficult it will be for the GOP candidate to win in November. Map number four below shows that with the loss of Virginia,even if the Republicans win back all the other closely contested swing states they lost in 2008, Obama will still win.

Most likely when the exit polls and the first hours results are in from Florida the election result will be clear.The extra hour is required so the mistake the networks made declaring that Kerry had won Florida based on the exit polls would not be repeated. 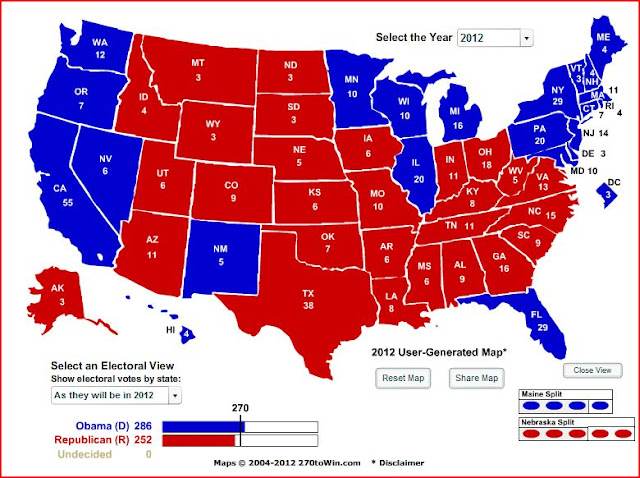 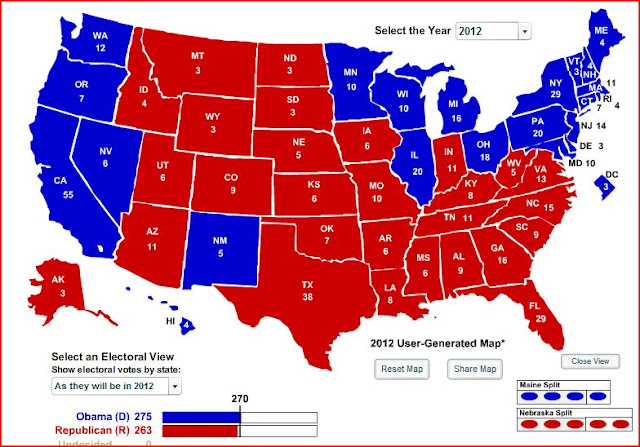 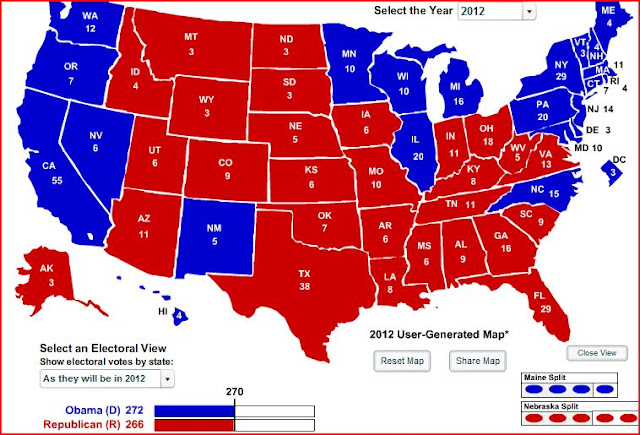 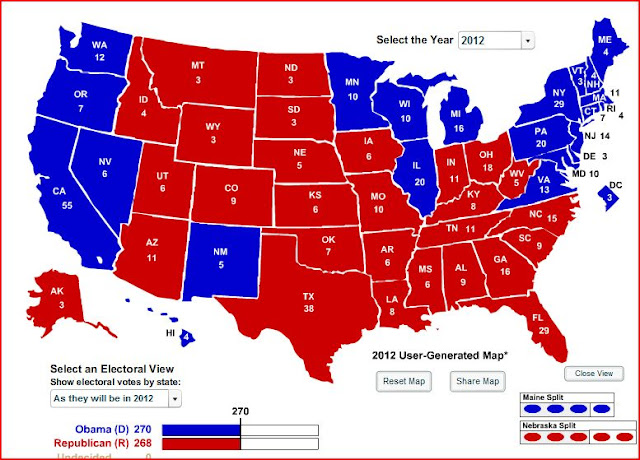 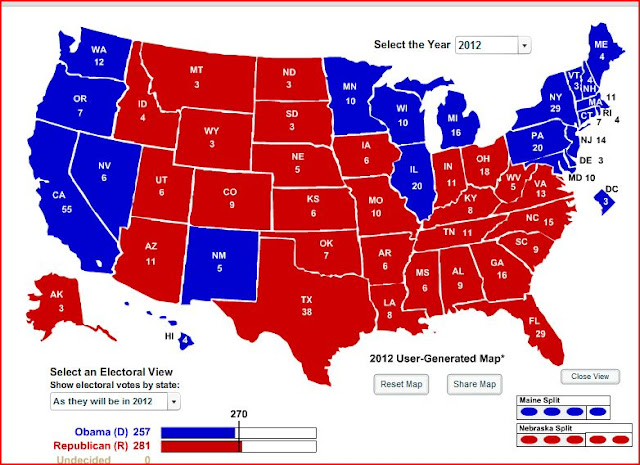