The Cause Of Wonkette's Attack On Trig Palin:Lib's Psycho-Sexual Repression.

Update; here is a picture of the man who wrote the Trig article for Wonkette-sort of proves my point eh? 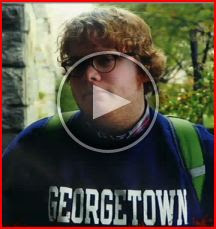 The vileness of the "progressive" blog Wonkette's attack on Sarah Palin's Downs Syndrome child Trig, on his birthday no less, brought a storm of outrage.
Apart from the thousands of messages of outright condemnation, and the retribution of advertisers cancelling their sponsorship of the site there were many asking "how could supposedly intelligent people be so degraded as to write such an article and others to comment in support of such disgusting attacks on an innocent child?
The answer is that the attitudes these people present and represent are an inherent aspect of the liberal mind.In general such overt acts are kept more or less under control but when such minds are faced with someone who is the antithesis of their core thinking-pro-life, even to the extent of not aborting a child she knew would have health issues-they drop the mask and the evil face of liberalism is exposed. As Ron Devito describes it

"The deranged attacks directed at Trig stem from extreme leftist resentment over the fact that Gov. Palin carried him to term. Fully 90% of pregnancies where the fetus is diagnosed with Down Syndrome are aborted."
I presented this analysis of the roots of liberalism previously-it describes the Wonkette case perfectly I believe.

That liberalism is a mental aberration is clearly understood and documented by the medical profession.
Liberalism is presented in Freudian terms as being an expression of  transference neurosis  i.e. infantile
feelings and conflicts which having been repressed  (often because of their, unsuitable to the conscious mind, sexual perversions)  which, seeking release, manifest themselves as neuroses.
It is long understood in the Freudian Psychoanalytic method that repressed sexual desire is a substantial contributor  to neurotic symptoms.That being the case it becomes clearly obvious why so many of the activists on the radical left are young males.
It is exactly at the peak testosterone driven hormonal time of a young mans life when he often has little outlet for this sexual drive-especially if he is shy and or unattractive to women.
This sexual frustration is of course not limited to males.
On the distaff side it is obvious to all that many leading exponents of radical feminism are sadly lacking in attractiveness-there have been widely noted comments regarding the difference in appearance between liberal and conservative candidates and media personalities recently which is of course no surprise
It is now clear why the left wing blogs are replete with hate filled rants and gross sexual references to women-especially those on the right, like Sarah Palin or Ann Coulter, which if addressed by rightists against the First Lady would cause a volcano of indignation.


These blogs, like Gawker, Huffington Post Big News Sarah Palin, and the vile Wonkette pander to and clearly attract a massive audience of sexual frustrates who find sad release in their onanism enabling media.
It was the time honored concept that "If you are not a socialist at twenty you have no heart, if you are still a socialist at forty you have no head". The thinking behind that wise saw was that age brings maturity of thought.


We can now see, with the help of modern psychiatry, that the transition from radical left winger to thoughtful, mature conservative is not only because of having lived and learned but also because of a lowered, fulfilled libido.The mature man is more than likely to be married and have normal sexual outlet which enables him to have a balanced mind and body.
We are indebted further to the psychiatric profession as it enables right thinking people to achieve further balance in their lives, because instead of getting angry with the often violent actions and words of left wing activists, and their supporters in the blogs and main stream liberal media, they can be viewed as objects of pity.
It is the duty  of the right-especially the media to, when debating with or describing the activities of leftists to say to them-"I understand that what you are saying in such virulent and distorted terms is not the "real you' but sadly, an expression of your inner torment. Please try and understand the root cause and seek help. In the meantime here are some rational economic and political ideas to dwell on".
If such a dialogue can be instituted then there is hope for the well being of America. Those on the right carry the burden of civil, intelligent discourse, but they have to be even more broad shouldered now to carry their afflicted brothers and sisters on the left to the gentler streams of rationality.
Posted by M. Joseph Sheppard at 12:34:00 PM