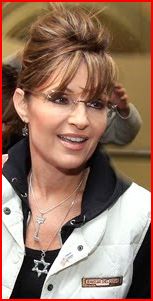 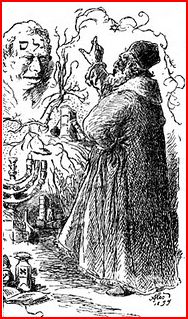 In  the 17th century, a time of terrible persecution for the Jews of Europe, surpassed on by the Nazi period for persecution and murder, the poor, isolated in ghetto's Jewish communities turned to mysticism, the Cabala and folk legends for comfort and solace.


One of the most powerful of these legends was of the Golem. This was an enormous creature in the shape of a man, fashioned out of clay, and brought to life by wonder-working Rabbi's, particularly Rabbi Yehuda Loew "the Maharal" in Prague. Such was the skill of the Maharal of  Prague that with the aid of an amulet placed on the Golem it could be made invisible when going on particularly risky missions.

The Golem was particularly useful in The Maharal's battles against the "Blood Libel" accusation against the Jews-that they used the blood of Christian children in the making of ceremonial matzoh bread which accusation was the cause of numerous pogroms and mass killing of Jews.

Centuries of persecutions and mass murder against the Jewish Peoples is not so easily cleared from the folk memory-even in these modern enlightened times. It is only just over 60 years since the closure of the concentration camps and it is understandable if the Jewish Peoples (as with the Armenian Peoples who still bear their scars from the massacres of the early 20th century) still are scarred 'even down to the current generation" who have no personal knowledge of any lifestyle apart from the, in the main, comfort and ease of America.

I wrote previously in trying to understand why there appears to be such a deep, illogical antipathy to Sarah Palin by many on the left and why it appears that the Jewish commentors see a disproportional element in this cascade of  calumny against her

I viewed this deep antagonism as stemming from a cultural/historical background. The oppression and in some cases genocide which was very much a part of the Jewish immigrants world, especially for those from Eastern Europe, certainly is not an aspect of the day-to-day experience of modern American Jewry but for many the "tales learned at grandparents knees' affects their political outlook.


If not a family history of oppression then in many cases there will be one of the classic immigrants story of struggle and hard times and especially the great depression of the 1930's where the strong bond with the Democratic party was formed.

What has happened is that Palin has become the vehicle by which Jewish folk memories are expunged from the subconscious in a "primal scream'"(an apt description of the totality of unhinged media attacks on her in many cases.) She has become the stream of conciousness target of the "Golem" for the Jewish liberal media elite to, in an act of mass self psychoanalysis, bring to the surface the subconscious repressed hate elements against a Christian society,of which Palin is an exemplar, which, in reality bears them no ill will.

If, by this act of mass annihilation of neuroses the media can understand what has transpired, they hopefully can gain by it and move forward, as new men and women, to a more reasoned world view and address their political antipathy to Palin on a basis  of policy rather tha attacking the "hidden Goy of dread" which she represents to them deep down.

I am obliged to the columnist Garry P. Jackson who published this analysis of the liberal media collusion the "journalist conspiracy" to elevate Obama in 2008 and destroy Palin. If anyone considers it far-fetched that there is a Jewish group of media personalities who worked towards that end a cursory glance at the names on the list below will quickly show the reality of the situation. The list only includes journalists-it could be expanded, for the use of this article, to include Hollywood producers, television writers/producers, actors, comedians

It is to be hoped that these media people, who have been exposed as carriers of a bias which even they do not understand the roots of, will now undertake a course of deep introspection and hopefully move forward. Even at the very least for their own credibility, which has been sorely tried because of the Arizona tragedy reporting fiasco on their part-such was their haste to destroy the "Palin" of their neuroses.

"With the democrat’s blood libel against Sarah Palin, it’s a good time to remind people who their media partners are. Last year the JournoList scandal broke, as e-mails revealed their was a conspiracy among some of the nation’s top “journalists” and members of academia to shape the news to fit the left-wing narrative, as well as a concerted effort to harm Sarah Palin, and protect Barack Obama. To hide his radical past, and shady associates, from the American people.
Here are the 151 known members of the JournoList conspiracy. See how many you recognize as contributors to the blood libel of Sarah Palin, and the attacks on all Conservatives, for the actions of a left-wing mad man.

I am indebted to a Jewish colleague for this insightful commentary on the above post.

1. Many of the people you listed below (the 151) certainly are not Jewish.

2. The question of why so many U.S. Jews are left/liberal or are
"disproportionately" anti-Palin, or pro-Obama, is a complicated one, that is
not necessarily clarified by reference to the Maharal of Prague, fascinating
though his story is.

3. It is true that only about 1/3 of U.S. Jews are strongly connected to
Israel, but this is mainly a result of our cultural assimilation here, of
losing touch with our Jewish knowledge, values and interests.

5. The Dems are terrified of going into 2012 continuing to hemmorage Jewish
support. This effects fundraising, media and cultural commentary, as well as
voting patterns in a number of key swing states.

The White House has been very concerned not to appear anti-Israel, even as
it applies very one-sided pressure on Netanyahu. BTW - many leftist Israelis
are happy about WH pressure on Bibi."