Nothing Better On A Sunday Than Abbott & Costello "Niagara Falls"

An immortal piece of comedy from the immortal team. The "Bum" is the same actor who plays "Mr. Fields" the landlord in the television series and his lawyer in this clip.


I first saw "slowly I crept" as a child on our 10 inch Dumont black and white television-found a photo (below) of the Dumont in the family album-state of the art back then, and was hooked forever. It is good to know that some childhood impressions last, validly, forever (now where  can I find a Kukla, Fran and Ollie clip?) 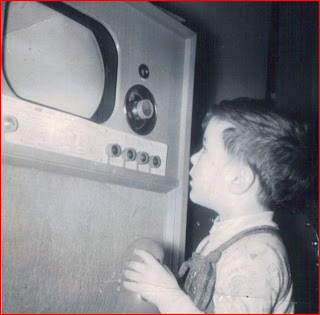 For younger folk who can't believe such technology existed in due course the next generation will think the same about the I-pad etc. For me, at the time,as can be seen, the b&w was pure magic!