This is a delightful instance of 1960's psychadelica. An eclectic mixture with 60's era poetry sung by theramin voiced Orriel Smith with notes almost literally soaring into the winds of space.
Produced by Peter Dorfman for the obscure Tudor Records label, the music and lyrics (in conjunction with Sonia Brown) were written by Phillip Lambro who scored the wonderful incidental music for the classic film "Crypt of the Living Dead (also featuring, appropriately spooky voiced Orriel Smith) and produced by Peter Dorfman
This delightful piece of 60's nostalgia would have rested in obscurity but for the fortuitous circumstances of the BBC in England clearing their back catalogue.Then a record producer, Johnny Trunk of the fittingly strange Trunk Records, finding it in a vinyl shop-perhaps the only copy in England.
The tracks were included in a compilation of,  purportedly, children's "Fuzzy-Felt Folk" songs described as "rare, delightful folk oddities for strange adults and maybe their children too". This compilation received rave reviews and resurrected the delightful Orriel Smith songs and gave them the listener-ship they deserve.
A full discography for Orriel is AT THIS LINK with more of her traditional folk songs AT THIS LINK
The tracks below load slowly but will load and are worth the wait. 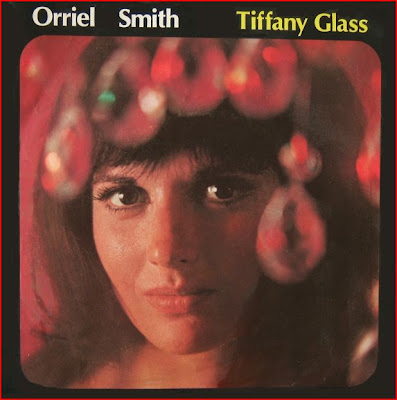 Winds of Space by Orriel Smith