One of the great pleasures of being an ignoramus, and knowing one is, is that when, in this naive, uneducated state one discoverers something truly stunning, original and creative which had totally escaped ones purview, it brings an unalloyed joy,  the intensity of which might escape the sophisticated.


I find that discovering painters whom I have never heard of but who, upon investigation have had a significant impact on other artists is a joy. To then investigate further and see the range of their creativity and their own evolution within the framework of their times is fascinating.


I have been delighted to present as examples of such artists as Lempicka , Delvaux Tanguy  Tanning and now a newly, for me, discovered joy, the work of Giacomo Balla. Following two paintings illustrated below, which I found particularly delightful from amongst his many works there is a brief introduction to the man followed by illustrations of a number of his works with explanatory text. I trust that you, if you have not discovered this artist previously, enjoy the revelation. 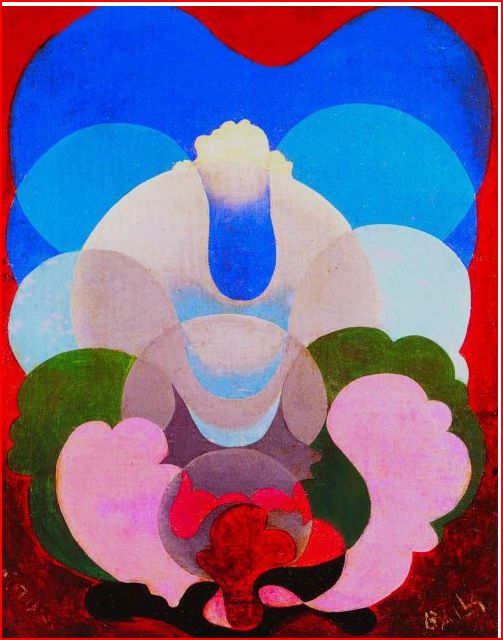 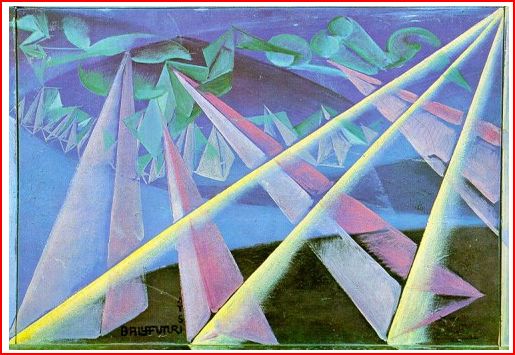 Born in Turin on July 18, 1871, Giacomo Balla studied music as a child and was mostly self-taught as an artist. His early, pre-Futurist period was influenced by the Pointilism of Georges Seurat and Italian Divisionism, a style developed by a group in northern Italy that shared Impressionism's concern with capturing the effects of light.

Balla was one of the founding members of the first wave of Futurist painters and was well established as a teacher, with Umberto Boccioni and Gino Severini among pupils. Balla's participation in the Futurist movement coincided with a dramatic change in his painting style, when in about 1909 he became preoccupied with the pictorial depiction of light, movement and speed as outlined by the Futurists primary objective to depict movement, which they saw as symbolic of their commitment to the dynamic forward thrust of the twentieth century. These paintings addressed themes of work and humanitarian issues, reflecting his Socialist politics. Through Futurism Balla celebrated the machine and his early futurist paintings were concerned with capturing figures and objects in motion. Balla attempted to realize movement by showing the forms in repeated sequence. Paintings, such as Dog on a Leash, got to grips with the problem of recreating speed and flight by superimposing images.


Link to artists work and biography AT THIS LINK
Posted by M. Joseph Sheppard at 8:04:00 PM