Solyndragate, The Road To Serfdom And "Green Theft"

I mentioned before that the Obama administration has given the language a new word "Solyndarism" which is defined as "Crony Capitalism." This is indeed a valuable contribution, one of the few that Obama has given the nation, as it will forever tar the statist philosophy with a negative catch word. Further it will show, simply and clearly, what the end result of "picking winners" and state direction ends with so often.


For a professorial analysis Hayek's "The Road To Serfdom" is a timeless classic on the subject.


For an up to the minute analysis of a classic example of the waste of taxpayer's money by a leftist government the ever insightful Contributing Editor LISA GILMER discusses the Solyndragate (another new word) scandal.


Links from article below;
People at Solyndra are stepping down
Solyndragate and (Ron Futrell) 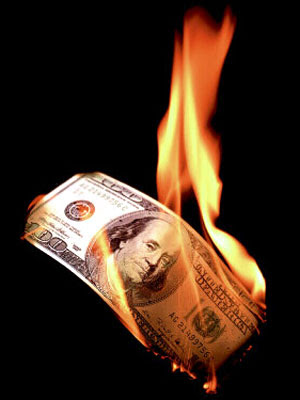 Leftists in Washington are burning money.  They might as well be because they are giving millions and more millions to their crony green buddies.  People at Solyndra are stepping down.  Running for the nearest exist before they are held accountable is more like it.


Solyndragate is just one example - Ron Futrell has a good list of questions the media needs to be asking about Solyndra by the media:


"Eventually–they will be pushed into doing this story. The facts demand it.
Even if they jump on this story now, they are already too late, this story has been years in the making. Here are the questions newsrooms should’ve been asking long ago relating to Solyndra, Obama and solar energy.
“What is the veracity of solar energy for the future?”
“Is the planet really warming?”
“Who approved giving more than $500 million of our dollars to this company and why?”
“Where did the money go?”
“Where has that money gone from all the “stimulus” programs?”
“Which political campaigns did Solyndra management contribute to?”
Oh, and this one–“What did Obama know and when did he know it?”
Yeah–these questions are tough to ask. They hit a little too close to the media’s home. "
Good questions, Ron.