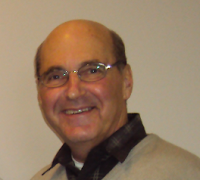 And who could blame them.Interestingly despite the commentators snarky tone-the high educated,the most mature and financially successful the respondent the more they chose Palin-makes sense


Palin Scores as a Top 'Cuddle-Buddy'

[Michele Bachmann received the endorsement of Mr. Las Vegas, Wayne Newton, after last night’s spectacle in the desert. God, save us.]

In celebration of the launch of its Skycouch service, Air Kiwi conducted a poll to find out which celebrities passengers would like to cuddle with during a long-haul flight. Jennifer Aniston took top honors, cited by 47 percent of men polled. She was followed by Megan Fox (37 percent) and Angelina Jolie (32 percent).

Palin, the only politico on the list, ranked No. 4 at 26 percent. Only seven percent of surveyed females picked Sarah, proving once again that women are much smarter than men. Palin tied with Kim Kardashian, Beyonce, and Mila Kunis, who was the top choice of women with 27 percent. [Johnny Depp, George Clooney and Brad Pitt were the top men that women selected as cuddle partners. Hugh Hefner, Kobe Bryant and Arnold Schwarzenegger ranked on the bottom.]

In a measure of sweet revenge, Palin nosed out her tormentor/impersonator Tina Fey, who clocked in at 24 percent. She crushed Lady Ga Ga, Rihanna, Kristen Stewart, Christina Hendricks, Emma Stone and Blake Lively. Men think Oprah, the political polar opposite of Palin, is the least cuddly celeb. Only eight percent of them would like a chance to snuggle with the media baroness.

Like senility, Palin’s cuddle factor advances with age. Only two percent of men and women aged 18-to-24 want to cuddle with her, compared to 31 percent of those over the age of 55. On the educational front, Sarah scores best with college grads with a 29 percent score and worst (16 percent) with those without a high school diploma. Fox (32 percent), Beyonce/Aniston (31 percent) are favorites among the least school educated. Fey, at six percent, is the loser in that category.

Palin scores highest among respondents living in households with a family income of $80,000-$99,999 (36 percent) and lowest in those homes with an income of less than $10,000 (six percent). Divorced and widowed are more apt to pick Sarah as cuddle buddy, while singles and gays are least likely.

Palin hasn't ruled out a run for the president in 2016. In the interim, a spokesperson slot at Air New Zealand is a good option. Advice to Sarah: when the Air New Zealand gig kicks in, leave Todd home in Wasilla.

Thanks to my buddies at CRT/tanaka for sending over the Air New Zealand study.

For the record, I’d fly with Fey, though Aniston was a solid choice, guys. Just as she stole Sarah's thunder during the political campaign, I’d give Bachmann a good shot at knocking Sarah down a notch on the cuddle list.

It would be a battle of the titans.
Fair use notice:This website contains copyrighted material, the use of which may or may not have been specifically authorized by the copyright owner. Excerpts of such material is made available for educational purposes, and as such this constitutes 'fair use' of any such copyrighted material as provided for in section 107 of the US Copyright Act. In accordance with Title 17 U.S.C. Section 107, the material on this website is distributed without profit to those who have expressed a prior interest in receiving the included information for research and educational purposes. Original material published on this website may be excerpted and the excerpt reproduced for the purpose of critical reviews. However, such original material may not be reproduced in full on another website or in any manner without prior approval from this website's owner. In all cases when material from this website is reproduced in full or in part, the author and website must be credited by name and a hyperlink provided to this website.
Posted by M. Joseph Sheppard at 2:48:00 PM