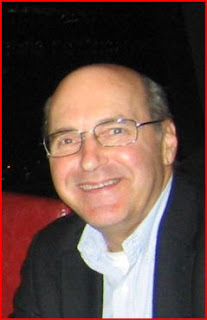 The Christian heroine, young Madeleine McCauley, is now receiving, much warranted, plaudits for her unshakeable stance for life. This young lady exemplifies the very best in American youth, and as such has of course received death threats from the radical left.


There is an uplifting video of Madeleine on Fox, and her personal story of how she met and was inspired by Sarah Palin
AT THIS LINK -unmissable.


Now the evangelical website "Kingdom Insight" (to which I am a subscriber) celebrates her;

Madeleine McAulay- the fight between politics and faith

The battle for life- for Madeleine McAulay

For @m_mcaulay
I am watching before my very eyes a battle being fought surrounding a 16 year old girl, Madeleine McAulay.
As you are reading this, you may be thinking I am talking about the struggle between the progressive ‘trolls’ as they are commonly being called, and the innocence of a young girl boldy proclaiming her voice, standing up for Godly principles.  Or, if you are of a different political persuasion, I might be describing the battle between decency and common sense and the bigotry of a naïve, ignorant girl who does not understand the hate she is spewing.
But I am not describing either battle, I am describing a battle in the girl herself, and I see it unfolding here, live, on Twitter.  The buzz built around this girl as she was featured on a local Fox news station after her bold youtube video where she proclaimed against the right of homosexuals to marry.
But more, she proclaimed herself to be a ‘Christian Conservative’, marked herself as being separate, distinct from the typical political operative, proclaiming her guiding light in Christ.
The buzz built.
The ‘trolls’ came out to silence this Christian voice.  The very work of their assaults served to lift this girl up further, not tear her down, not silence her.
The buzz built.
I came upon this buzz by accident.  I discovered a college-age girl on Twitter who had just recently had an article accepted by our local newspaper.  I noticed she was a Sarah Palin supporter and thought she might like to get in contact with someone I knew who knew Madeleine.
I soon discovered the girl I was trying to connect was already a member of Team Sarah and already connected to Madeleine.
In this effort to connect, I stumbled upon something rarely seen up close, the stepping out for the first time on a world stage by a new voice, Madeleine McAuley.  I saw her, through Twitter, preparing for that step, an appearance on Fox and Friends, a 3 minute spot.  The mere fact that she was going to appear on Fox and Friends further amped up the progressive ‘trolls’.
The buzz built.
Then, the comment heard round the world- at least it might be for Madeleine, the comment that may have brought together the perfect narrative for a conservative movement desperate for martyrs, for courageous ‘victims’ to combat the parade of courageous ‘victims’ the progressives have to offer, the anti-Sandra Fluke, if you will.
The buzz built.
Read the full article here
Posted by M. Joseph Sheppard at 3:18:00 PM