Such a grand day and a moment to reflect on the joy of being alive. There is more to life than politics and music is one of the special "more to life" things. 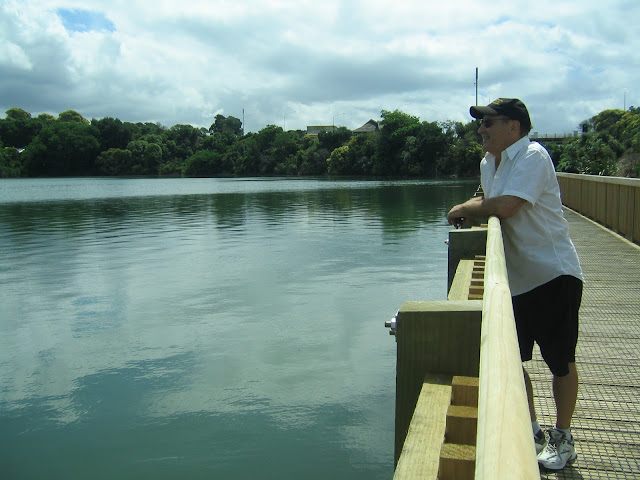 A re-evaluation of Buddy Holly's "That'll Be the Day' Album

Like so many  young teens at the time I was a big fan of Buddy Holly.There was just something so appealing about his voice-perhaps it was the unique timber combined with the teenage angst lyrics. The simplicity of the chord structure-basically four chords in the key of A, which any no-talent like myself could play along with ( I learned just enough to back The Belmonts) added to the appeal.

I was therefore deeply disappointed when I heard my first playing of the Decca LP "That'll Be the Day"-must have been in 1960 after Holly's death. I Found it in Sam Goody's bin selection in New York City and couldn't believe my good fortune-a Buddy Holly album I didn't know existed and songs I had never heard before! I listened to track after track and couldn't relate what I heard to the Buddy Holly I knew, especially the perplexing "That'll be the Day" with its huge echo and plodding pace and no backing singers .

Whatever the financial truth about Holly's subsequent producer in Clovis New Mexico, Norman Petty, without his input it is clear there would have been no "Buddy Holly", certainly  not the one we came to know. The difference between the Nashville version and the Clovis version is-actually it is nothing short of miraculous-and a work of production genius.

The facts about  how Holly (and his drummer Jerry Allison who played such an important role in Holly's career) came to be recoded in Nashville, the personnel on the tracks, and other aspects are well set out on Wikipedia .

I recently had the opportunity to hear the tracks on a compilation CD (I wish I had saved the original LP which now sells for  up to $1,000 I see !) and, perhaps with the aid of a mature ear ,and having gone well past the original disappointment,  I was able to reevaluate Holly's work as I now understood it.

Some tracks, in fact even worse than when I first heard them at which time I was such an unbiased fan I was able to mentally give them a pass, even though they were not amongst my favorites.

"You Are My  One Desire" is a terrible, plodding, overly dramatic mess.The sentimentality doesn't redeem it and the only thing of note is that since this is the first track on side one it is the first instance of the "Holly Hiccup" (on the line A..And your smile".

"Blue Days, Black Night's", which was one of the two songs released as "A" side singles is first class. Paul McCartney, another Holly fan, interviewed the composer Ben Hall, who sang part of the song in the Holly tribute DVD he produced. The song bounces along brightly, even though the subject matter is ostensibly a sad song of loss, and the lead guitar work, presumably by later Cricket's lead singer Sonny Curtis, is clear and sharp. This is one of the few tracks I liked back      in 1960, and time has made it even more enjoyable.

"Modern Don Juan" which was the second track released as a single is, frankly, appalling.The Boots Randolph sax work is totally out of place ( a mistake Holly made on his own later when he had a similar sax accompaniment on "Reminiscing"). The song moves at a frantic pace but the lyrics are silly.

"Rock Around With Ollie Vee". An absolute rock classic. It features in the opening part of the movie "The Buddy Holly Story" and rightly so. It is so 1950's, so full of teenage spirit, the echo is held way back and all the musicians rip into it with gusto, but with control. Holly is in top form and his voice comes near to the Holly of "The Chirping Crickets" album. Simply an immortal track.

"Ting A Ling". Basically an attempt by Holly at a blues track which just doesn't come off.Too much echo, to plodding a pace ,and frankly, at his young age he just doesn't have the gravitas, gravel, or life experience to make it work.

"Girl On My Mind" is appalling. Gross echo, morbid, pleading vocal and to many hiccups. No redeeming qualities at all.

"That'll Be the Day". The mystery is how this mess ever became one of the greatest songs ever made. Did the C&W producers in Nashville take Holly's rock version and change it into the echo laden plodder, and if they did, what did they make of the blues guitar intro? Or, did Holly write it like this and Norman Petty somehow, through some muse landing on his shoulder, hear in his head the version he produced? This was such a bad track that the Decca people didn't even consider putting it out as a single.

"Love Me". Would win an award for probably the least number of lyrics, or rather the most constant repetition of two words ("love me" of course) in a song ever. Apart from onomatopoeia run mad, the song has no redeeming qualities at all.

"I'm Changing All Those Changes'. That's more like it! Although a bit heavy on the echo the song bounces along spiritedly.The lyrics are in the clever 1950's style of repeating or alluding to another part part of the phrase (like Presley's "I'm Left Your Right She's Gone").I  heard this track just today on a local "Oldies" station and couldn't help but turn up the volume to full and enjoy the bright guitar interludes and Holly's joyful treatment-a great track.

"Don't Come Back Knocking". An unmemorable track-not bad in itself but offers nothing to make it stand out. Sung in an earnest voice but the emotion doesn't seem to work.

"Midnight Shift". A vastly underrated song. A puzzle when it came out as it didn't seem to fit in with the rest of the LP's tracks. It is witty, well played, and cleverly sung. It was a hit in the sixties where it received a '60's blues/rock treatment. I'm amazed it got onto the list of songs to be recorded but was well chosen in the long run.

An EP of Blue Day Black Nights/Rock Around With Ollie Vee/I'm Changing All Those Changes/Midnight Shift would be an outstanding compilation and a tribute to a great artist who, even with his earliest works, had a major influence, on popular music.