Politico has up the exciting news that the first OWS potential candidate a Nathan Kleinman intends to run for congress in Pennsylvania's lucky 13th district.


According to Facebook this is the hirsute potential congressman 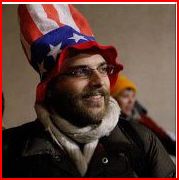 In keeping with the upside down world of young leftie's Mr. Kleinman is, of course, challenging not a Republican but a Democrat. How the sitting congresswoman Allyson Schwartz is supposed to be a member of the ruling class 1% is a mystery. No doubt it will be a surprise to her to be challenged and interesting to say the least, to see how she reacts to being attacked from the far far left.


The comments at the end of the article are droll. Many are wondering if Mr. Kleinman will,as part of his active campaigning, crap on police cars. I sincerely hope he wins, it will be instructive to the wider public to see the true face of radical leftism in the Dem party in congress and to hear their "progressive" views. Alan Grayson will be delighted I am sure.
UPDATE: Buzzfeed has this delightful information which makes one  even happier that these sort of people will be gracing the halls of power.


"Byers writes that 29-year-old Nathan Kleinman of Jenkintown, Penn., will run for a seat in the 13th congressional district. Kleinman's been involved with Occupy Philadelphia for some time, "participating in a number of associated working groups, including 'Free University,' 'Outreach Working Group,' 'Process Working Group,' 'Camp Liberty,' and 'The Committee of Correspondence.'"
Kleinman is the first Occupy congressional candidate, though he's not literally the first person involved in Occupy to run for public office. That honor goes to Vermin Supreme, the man who wears a boot on his head and was on the ballot in the New Hampshire primary."
The opening cast of characters in this attempt by OWS to storm the halls of power makes me quite nostalgic I haven't seen so many Jewish revolutionary names since my own young radical days when reading about the 1905 Russian revolution.


We have Kleinman/Schwartz/Shapiro as the first characters to take to the stage. One day they will be wearing business suits and worrying about the crabgrass and diapers, we just have to wait patiently till they grow up like Rubin et al.


My friend Bert Korn at Jewish American's for Sarah Palin has a less sanguine view however;


Billionaire George Soros gleefully predicted protests by the Occupy Wall Street will turn violent, while warning the U.S. financial system may collapse.
In an interview with Newsweek writer John Arlidge, Soros reportedly said riots on the streets of American cities are inevitable.
“’Yes, yes, yes,’ he says, almost gleefully,” when asked about the prospect of Occupy turning violent,

When the Tea party first came into view the "progressive sites" like Kos and the execrable Wonkette revelled in lampooning the ordinary folks who were trying to, peacefully and without crapping on police cars or leaving tons of rubbish at their protest venue's, voice their concerns.


Whilst the OWS leaves a trail of chaos and filth behind, that doesn't seem to bother the progressive commentators one bit. Look to Mr. Kleinman to be a poster boy for them along with this wonderful example of leftist activity. 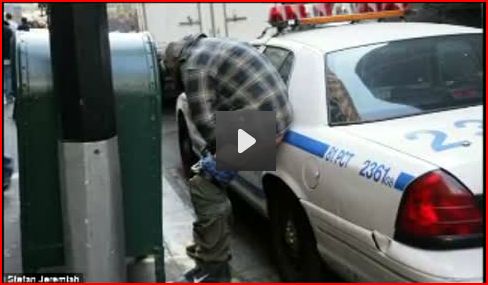 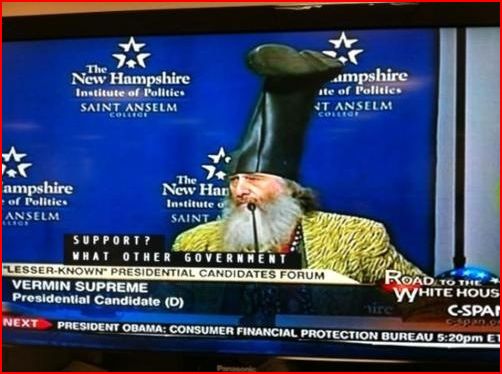