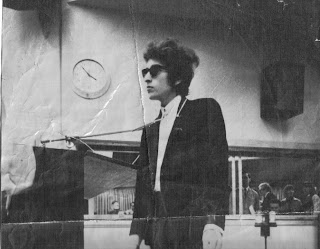 Me in the control booth with Dion below me 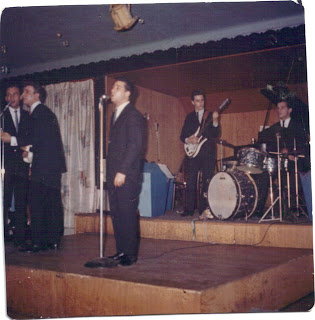 Playing bass for the Belmont's in a Staten Island club

Prof.Jacobson of the outstanding Legal Insurrection site (with all the asterisks in the title that I am too lazy to include) includes a video clip of the day.


This is usually a 1960's music clip which recently has featured Herman's Hermit's and a number of Freddie and the Dreamer's video's from various 1960's television shows.


All well and good but Prof.Jacobson's memories are inferior to my actual involvement which is why this site, whose intellectual conservative premises are conditioned by having lived in the 1960's is superior to Legal Insurrection even though Prof.Jacobson is clearly more intelligent than I.


But as we know intelligence is not necessarily the best indicator of an entertaining website and if this site is more entertaining it is because my 1960's experience is far superior to his-the old ivory tower versus down and street dirty argument.


Let's see. I lived in London from 1965-1975 at the absolute height of "Swinging London" when Carnaby Street was a genuine Mecca of social change not the tourist trap it became. I saw Hamlet in 1969 (later filmed) at The Roundhouse with Nicol Williamson and a very young Marianne Faithfull pre-attempted suicide days.


I lived in a one room bedsit in Camden Town, lonely as was Paul Simon who was doing the same thing (as narrated in "I am a rock") and listened to the Beatle's new releases as they appeared. Oh and before I was in London, I worked at Colombia Record's, with control room privileges, sitting in on Bob Dylan's first Rock recording as pictured above. I was bass player for the Belmont's and toured America with them appearing with many of the top rock and roll artists of the mid-sixties.


So I understand Jacobson's nostalgia but clearly memories live longer than dreams.