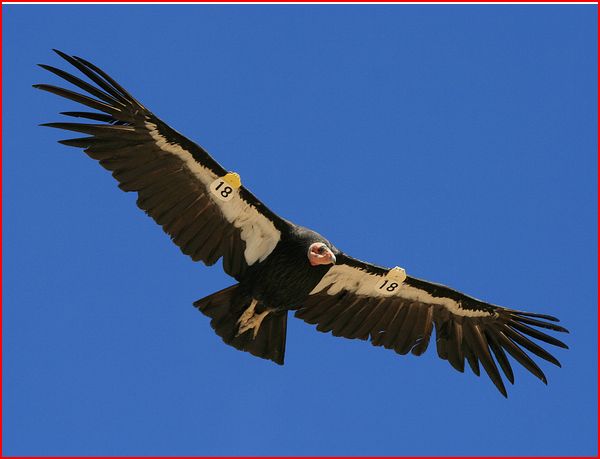 A magnificent bird,Note the tracking devices on its wings and the 15ft wingspan


My son James (Dr. James Sheppard) is a conservation ecologist working with California Condor preservation at the San Diego zoo.The team have done a remarkable job in bringing this impressive species with a 15 foot wing span back from the brink of extinction. One of my proudest moment s was watching Jane Goodall being interviewed when, after being asked what was the most  impressive aspect of conservation she has seen she showed a Condor feather and said the preservation project was.
James describes in the bulletin from the zoo periodical WILDLIFE FIELD NOTES below the first camera-in-nest area work he has undertaken (using his skills he developed in Dugong tracking which led to his doctorate). A first in this sort of preservation campaign. 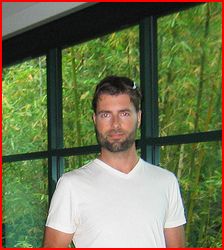 It is obvious where he gets his good looks from (see previous entries for comparison)
Written by: James Sheppard

A California condor keeps his chick company in their Baja California nest cave.
Recently, conservation scientists and managers from San Diego Zoo Global’s California Condor Recovery Team successfully installed an autonomous video camera system inside the cliff-face nest site of our new wild-hatched condor chick in Baja California, Mexico—for the very first time! This high-tech field video system consists of a tiny, low-light, weatherproof camera that sends images via cable to a separate recording box equipped with a memory card. The batteries powering the unit are constantly recharged by a portable solar panel, so once the unit is set up, it can record video footage for weeks at a time. We acquired the video recording unit through a generous grant provided by Judy Wheatley, a member of the Zoo’s board of trustees.
Okay, great, so you have a neat video camera – but how do you install one in a condor nest high up in the mountains? With a lot of sweat, grunt-work, and no fear of heights!
I acquired and set up the unit and transported it to the condor nest site with the assistance of program manager Mike Wallace and Mexican field staff Juan Vargas and Mohamed Saad. To minimize disturbance to the condor family, the camera installation trip coincided with the condor chick’s scheduled health exam and vaccination, so also present were the highly experienced and capable vets Jeff Zuba and Fernando Sanchez.
Early on a very hot Baja summer’s day, our team set off to inspect the chick and install the video camera. With pounds of scientific and veterinary equipment strapped to our backs, as well as climbing rope and gear and plenty of water, we slowly and carefully wended our way down a steep, cactus-covered scree slope toward the nest. The chick’s parents had chosen their real estate well, and it took us many hours of hard slog just to get to the top of the cliff where the nest was located. The chick has a spectacular view that looks out across a mountainous vista covering remote valleys and ranches all the way to the Pacific Ocean.
At the staging site, we set up our equipment in preparation for the descent into the nest and the health inspection. While the chick was being examined and vaccinated, Juan rappelled with the camera down into the nest and bolted it into the roof of the cave. The resulting panoramic view of the nest now enables us to monitor the chick’s development as well as the behaviors of its parents. In this short video clip, you can see the chick’s proud dad (condor #269) in the foreground. The chick then pops up behind him and flaps its short, stubby, developing wings. The video is in black and white because the camera is specialized for extremely low-light conditions, such as those experienced inside a cave.
The condor program has its fingers crossed that this chick will successfully fledge and make its first flight out of the nest in the coming months to join our wild condor population. This is just one example of how modern technology and scientific research is improving the San Diego Zoo’s ability to effectively manage and expand the reintroduced condor population in Mexico.
James Sheppard is an ecologist at the San Diego Zoo Institute for Conservation Research. Read his previous post,Measuring Wind beneath Condor Wings.
Posted by M. Joseph Sheppard at 12:43:00 PM