Palin Writes: Crony Capitalism on Steroids from GE to Solyndra 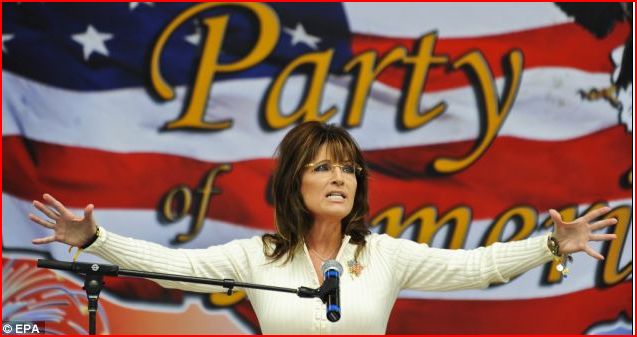 Crony Capitalism on Steroids from GE to Solyndra

by Sarah Palin on Wednesday, September 14, 2011 at 8:25pm
In my recent speech in Iowa, some eyebrows were raised when I took on our government’s enormous economic problems caused by crony capitalism. As if on cue, just days later President Obama selected someone who exemplifies a major crony capitalism problem to sit next to the First Lady when he delivered his “jobs plan” speech before Congress. He selected General Electric CEO Jeffrey Immelt as his honored guest.
Having grown up with great respect for GE thanks to stories my grandfather shared with us about his days working for the company and even meeting GE spokesman-at-the-time Ronald Reagan during a company event, I am saddened at GE’s leadership evolution. This corporation is now the poster child of corporate welfare and crony capitalism.
This icon of American industry is a company full of good employees who make some good products (and is the parent company of a huge media outlet), but GE is also a large American corporation that pays virtually no corporate income taxes despite earning worldwide profits of $14.2 billion last year, $5.1 billion of it in the United States.
In fact, they claimed a tax benefit of $3.2 billion, meaning they received more of our hard earned tax dollars than they contributed. How is that possible? It’s because not only do they shelter their money from taxes, but they also get many tax credits, loans, government grants, and other benefits from the federal government that our smaller businesses couldn’t even imagine being able to profit from.
Joining GE in the pantheon on crony capitalism is another Obama favorite that has been in the news of late: Solyndra. The President hailed this “green energy” company in a speech last May as “the true engine of economic growth.” When he announced the $535 million guarantee to Solyndra, Vice President Biden said that investments like this are “exactly what the Recovery Act is all about.” (Dear God…If the failed Solyndra venture has been what it’s “all about,” then that explains a lot.)
As I pointed out in my speech at the Reagan Ranch Center last February: “History has proven again and again, when government picks the winners and losers, we’re stuck with the losers, and we the taxpayers subsidize failure!” And that’s what we’re seeing now, as the FBI raids the solar energy company’s headquarters to glean more information after the company was handed half a billion dollars in “green energy” Stimulus funds from the American taxpayer only to later declare bankruptcy.
More than one thousand Solyndra workers lost their jobs. Now as the truth comes out, we discover that the White House was heavily involved in the Department of Energy’s rushed decision to give the Stimulus funds to Solyndra, and they tried to move the money through so quickly they seem to have ignored concerns that the company was not viable.
Why would they do this? Perhaps it’s because a large investor in the company (about 35%) is Obama campaign bundler George Kaiser. And with the way the deal is structured, Kaiser will get his debts paid before we the taxpayers see any relief. That is sickening. And that’s how it works: workers lose their jobs, wealthy political cronies stand a good chance of getting their money back, and the U.S. taxpayer gets the shaft. Again.
President Obama has his sights set on raising $1 billion for his reelection campaign. Raising that money won’t be easy. But if you can hand out other people’s money to friends, it must get a whole lot easier. This crony capitalism and government waste is at the heart of our economic problems.
It will destroy us if we don’t root it out. It’s not just a Democrat problem or a Republican problem. It’s a problem of our permanent political class. This won’t stop until “we the people” say enough is enough, and we retire the permanent political class that votes for this.
- Sarah Palin
Posted by M. Joseph Sheppard at 1:05:00 AM